RV there yet? One woman's road trip through the Midwest

Kim Hession tells us how a slow and unlikely road trip through the U.S. taught her that the journey is the destination. 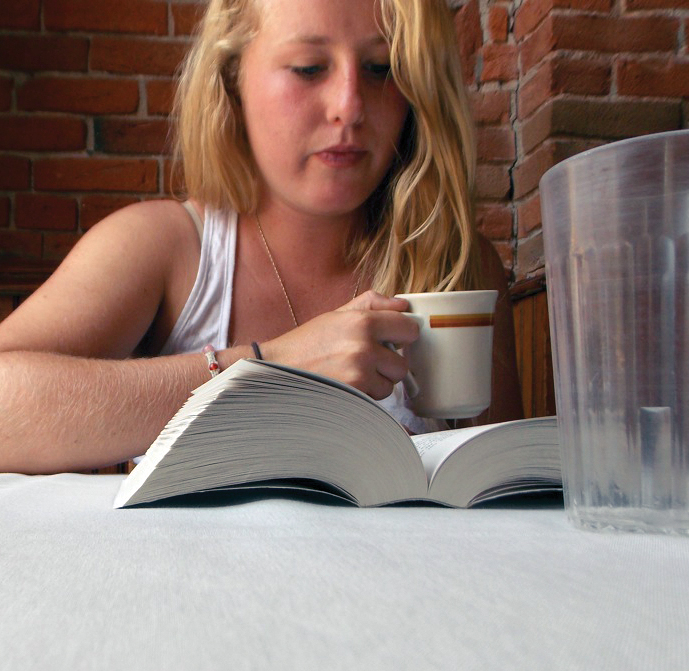 Kim having a coffee at a Mormon café in Griswold, Iowa

Omaha! The slower I said it, the more my anticipation grew. As the plane started its descent into the patchwork of golden fields below, the man next to me turned and asked, “So’s Omaha home for you?” He didn’t believe anyone would just go there to visit, I guess. I was actually thousands of kilometres from my home, Vancouver.

This prompted more questions, and with each one I answered, my trip sounded more and more ridiculous. “I’m going to be driving an RV for a guy who’s running around the world. Oh, no, I’ve never met him. Ha! No, I’ve never driven an RV before. Yes, I’m spending the next three weeks with him. Just me, him and the RV.”

It had seemed like too good an adventure to pass up: driving across the Midwest to help fellow Canadian Wayne Cho on his 26,000-km run around the globe to raise awareness of mental illness.

The deeper we drove into the U.S., the more I could see just how offbeat we were as a pair. Wayne is a 38-year-old extremely fit Chinese-Canadian man, running around the world for mental health, and I’m a freckly, sedentary 23-year-old and an incredibly inexperienced RV driver.

Each day, Wayne ran a gruelling 38 km with a halfway stop for a water break. So I drove, in 20-km intervals through three states. I mapped out the route one afternoon and saw that it had taken us 11 days to cover the same distance that it would have taken three hours to drive. What that meant for me was a stop in almost every roadside town along the way.

One day when I was passing time reading a book under a tree, a local sheriff pointed at me, with my backpack and bell-bottoms, gesturing for me to come to the window of his squad car. He took my driver’s license and asked if I was skipping school. When I explained why I was there, he turned and gave me a “You think I’m going to buy that?” kind of look.

After my encounter with the sheriff, I decided to carry on reading at a roadside diner, instead. That’s where I discovered “Boo,” preparing a roast in the 30-degree heat. I told her about what had happened, and she said in a soothing country accent: “Maybe he was worried about’cha. It’s better that they care, don’tcha think?” She dug through a cupboard and dropped three phone books on the counter, telling me to stop whining and call the local TV stations to come and cover Wayne. The coffee was on the house.

Her words stuck with me, and so did the police. It was my birthday when I crossed the state line into Illinois, where I was pulled over at a roadblock. The officers asked to search the RV, saying, “Well, if you’re not hiding anything, why won’t you let us look?” A third officer joined them, and I watched as they lifted cushions and prodded at my things. “We know what British Columbia is famous for, and a young lady like yourself, alone, in this big RV?”

Despite the police, it was the everyday people of America that I fell in love with. I felt a shift when I arrived in the U.S. from Canada. America is bigger and brasher and stands tall, brimming with pride. Sometimes it’s so in your face that it comes off as boastful, or noisy. But moving at only 40 km a day, I was meeting people I would normally have sped past. As one diner owner in Iowa put it: “We’re usually the place you fly over to get to someplace better.”

I couldn’t have found a better place if I’d tried. The Midwest isn’t glamorous; there are no beautiful beaches or famous museums. It was cornfield after cornfield, roadside diners and crumbling cafés. I suppose you could say we were the flashy tourist attraction. To the towns, we stood out, but to me, so did the people I met along the way.