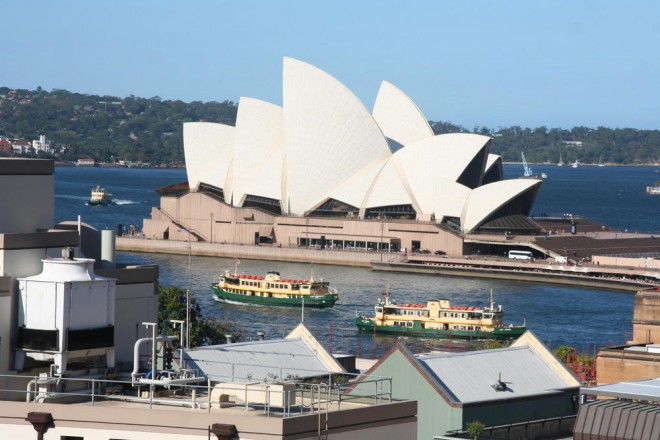 As we pack up our things and ready ourselves for the Fijian leg of our trip I already find myself missing Australia. I think I could easily settle down in this place, even though it’s about as far away from home as you can get.

The past few days, as I was daydreaming about a move to Sydney then checking myself with the fact that it’s next to impossible to get an Aussie work visa (especially when you’re a 30-something-year-old writer), I also started thinking about how ironic it is that some of the first British settlers were sent here as punishment.

We spent our last few days in Sydney staying at the new Sydney Harbour YHA hostel in The Rocks – a great place to get a feel for the city’s roots since the area was actually the site of Sydney’s first European settlement. The hostel offers free “Big Dig” tours covering the history of the area evidenced by the close to one million artefacts found during a massive archaeological excavation that took place here in 1994.

The area was once a slum, a large part of which was owned by George Cribb a sleazy butcher known for his rum-smuggling and other dishonest dealings.

Even if you’re not a history buff the Sydney Harbour YHA is worth checking out – it’s got a killer third-floor sundeck that overlooks the city and we were lucky enough to score a harbourview room with a view of Sydney’s most iconic landmark, the Opera House (the photo above is one that I took out our window). The hostel is also walking distance to Circular Quay where you can easily catch a train or ferry to explore the rest of the city. We spent our last few days beach-hopping from Manly to Bondi (that’s Craig at Bondi below) but I still feel like I have so much more of Australia to explore. 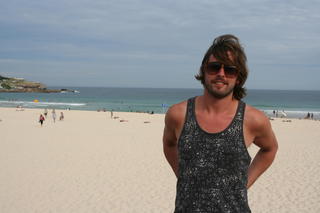 Anyways, I probably couldn’t have picked a better place than Fiji to plot my return. The down-time in Fiji will also give me some time to dream up a career change that will make me more attractive to Australian immigration. Rumrunner, perhaps.