Pack Your Parka: A Winter Adventure In Churchill You Don't Want To Miss

If the natural wonders of the remote Manitoba town aren’t on your bucket list, they should be.

In partnership with Travel Manitoba

Every year, nature lovers and thrill-seekers from as far away as Australia and China journey to the remote town of Churchill, Manitoba, bundled in parkas and snow boots, to experience a bona de winter wonderland. They come in hopes of seeing two of Canada’s most impressive sights: massive white polar bears and brilliant northern lights. If you’re thinking about making the trek, here’s what you need to know.

If you’re there for the bears

Fall brings polar bears en masse, and Churchill is situated at the epicentre of the action. The town centre is minutes from the seal hunting grounds that attract hundreds of bears to the shores of Hudson Bay every year. Their annual migration along this polar bear highway, which peaks here between mid-October and mid-November, has earned Churchill the nickname of “Polar Bear Capital of the World,” giving visitors unprecedented access to some of the North’s most remarkable creatures.

There are a number of tour options for every budget. For under $500, Great White Bear Tours offers action-packed day trips from Churchill. Guests experience the Great White North on elevated Polar Rovers with heated interiors and outdoor viewing platforms, allowing for prime visibility and photo ops from a comfortable distance. 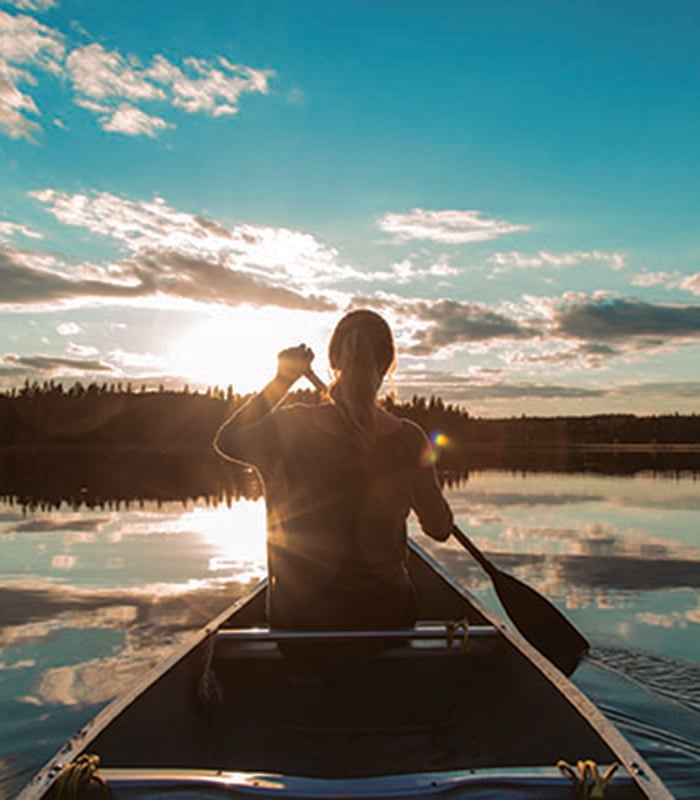 Starting at around $6,000, Great White Bear Tours and Frontiers North Adventures offer multi-day polar bear expeditions out of Winnipeg with overnight accommodation at unique mobile lodges on the tundra, fully equipped with railway-car-style sleepers and a dining car. Lazy Bear Expeditions takes guests out on tundra vehicles called Arctic Crawlers to see the bears by day before retreating to relax in a cozy wood-fire-heated lodge each night.

If money is no object and a trip to see polar bears is your adult Disney-type dream come true, Churchill Wild offers packages to its exclusive fly-in-only lodges that start at around $11,000. They include walking safaris if your aim is a seriously up-close-and-personal polar bear experience. 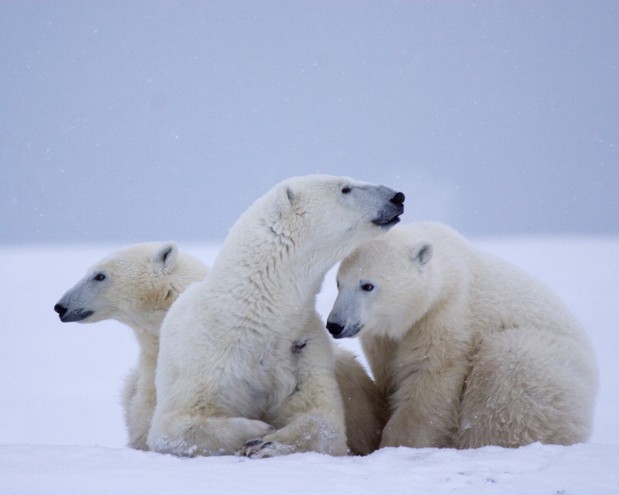 If you’re chasing the northern lights

Churchill’s proximity to polar bears isn’t the only reason people flock here when the nights get longer; the town also happens to be smack dab in the centre of what’s known as the Van Allen belt, a field of energy-charged particles held in place by the earth’s magnetic field. These particles are responsible for Mother Nature’s most spectacular phenomenon, the aurora borealis (commonly referred to as the northern lights), and Churchill ranks as one of the world’s best viewing locations.

With over 300 nights of activity during the year, there’s a good chance you could see northern lights in the fall, but winter boasts the most stunning light shows. The best viewing conditions typically occur from late January to early March, when colder temperatures make for the clearest skies.

Committed sky gazers will get the most from their visit with a professional tour. Starting  in late fall, the Aurora Domes excursion runs from the Churchill Hotel & Guesthouse for $120  per person, taking guests to repurposed military structures now used exclusively for northern lights viewing. Visitors climb a ladder up into one of two heated Plexiglas bubbles on the roof that provide comfortable perches for scanning the night skies. The tour includes transportation, video presentations and the real necessities: wine and snacks.

At just over $1,400, Churchill Northern Studies Centre offers five-day all-inclusive learning vacations at the active research facility in February and March; they are led by field experts  and include aurora viewing from the facility’s own observation dome. And for the atmosphere aficionado, a US$6,000 splurge takes you on the Natural Habitat Adventures seven-day northern lights tour out of Winnipeg, where Aurora Pods offer panoramic views through February and March. 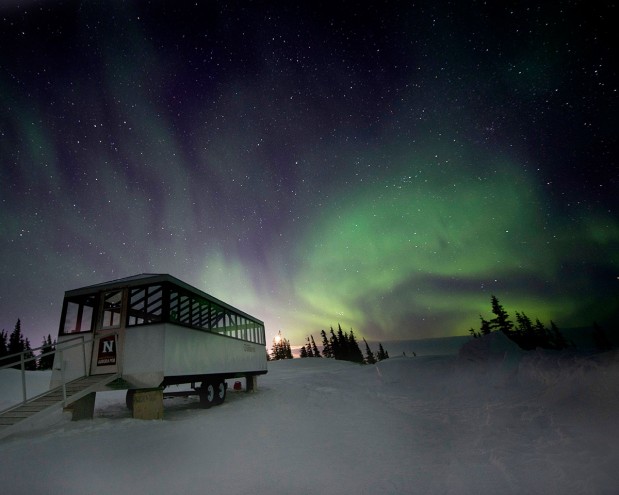 Between polar bear spotting  and sky gazing, there’s plenty to see and do in town. The landscape alone, with its northern boreal forest, Arctic tundra and ice formations, is worth the trip. Churchill is also a world-renowned hotspot for birdwatching and offers ideal terrain for snowshoeing and dogsledding expeditions.

Get your culture fix at Itsanitaq Museum, which houses an impressive collection of Inuit contemporary art and artifacts, including soapstone carvings and taxidermy. Shop Kelsey Boulevard for local artwork, souvenirs and artisanal crafts, before mingling with the locals over live music at the Seaport Hotel and Tundra Inn Pub. Drop by Gypsy’s Bakery & Restaurant for fresh baked goods, and feast on Canadian Arctic cuisine at local favourites Tundra Inn Dining Room and Lazy Bear Café (the arctic char and Manitoba bison are highlights). And no trip is complete without a stop at the Churchill Post Office, where you can get your passport stamped with “Polar Bear Capital of the World” for a permanent reminder of your adventure. 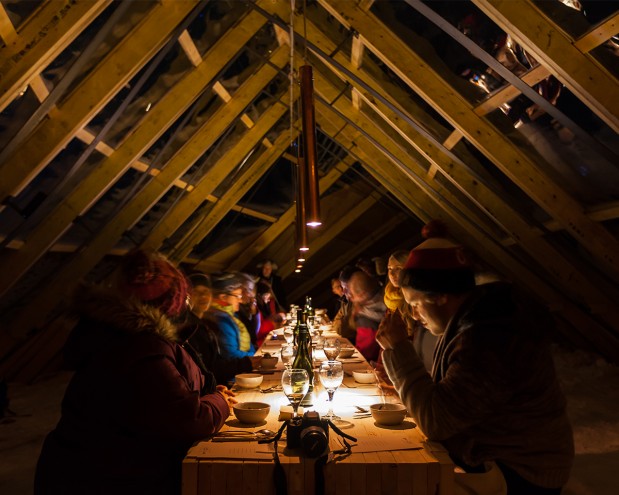 And for a bonus culinary adventure . . .

Foodies can feast under the night sky at RAW:churchill, a pop-up restaurant that offers world-class dining inside the 300-year-old Prince of Wales Fort for one week each March. The cost is steep—$350 for the evening, which covers transportation, food, drinks, northern lights viewing and endless bragging rights.

More:
4 Whey-Cool Canadian Cheeses To Discover This Month
Why Am I So Tired All the Time? We Asked a Doctor, So You Don’t Have To
14 Easy Weeknight Stir-Fry Recipes