Today I crossed the border, from Panama, to my final destination, Costa Rica, a country that is "no longer safe," according to WikiLeaks 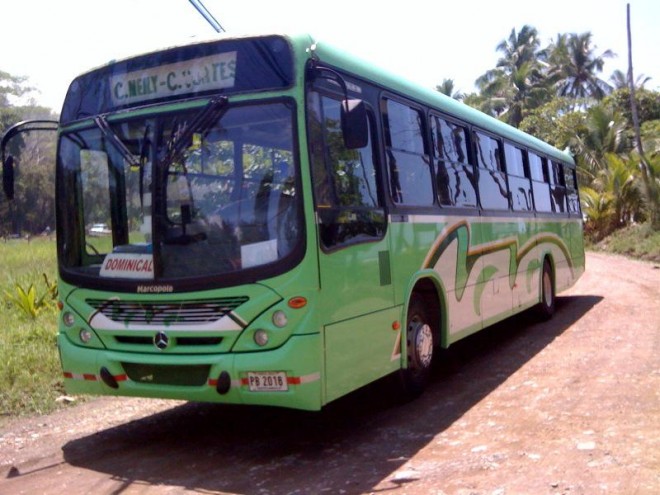 According to WikiLeaks, Costa Rica is no longer safe. Oh goodie.

This is the last place I’ll get to revel in the freedom of my nomad lifestyle and now I’ll have to worry about someone stealing my shoes (even if I try to hide them by burying them in a hole in the sand, according to the people we’re renting a house from later this week).

We spent the past few days touring Panama – surfing for a few days in Rio Mar and continuing on to David, the country’s second largest city, to stay for a night at The Purple House (a hostel where the walls, curtains, furniture, towels, plates and anything else you can think of is, you guessed it: purple) before heading another hour north to the Costa Rican border.

My guidebook warned that this border at Paso Canoas, which separates north-western Panama from south-western Costa Rica, could be the most unpleasant place to cross a border in all of Central America. I had a hard time believing this after crossing into Nicaragua by bus seven years ago – at that time I didn’t know a word of Spanish and was corralled into a holding room to stand beside my bag for an hour before being allowed to proceed through immigration. Anyhow, my latest Central American border experience was quite the opposite. The border at Paso Canoas is a place where old guys rule. Literally. And the old guys even speak English!

I was able to use what I call my “caveman Spanish” to get our exit stamps out of Panama, then immediately ran into a slender expat, his hair shorn at the sides but long on top with a splendid grey ponytail erupting from the top of his head, who saw the confusion on my face and asked me what I was looking for. He directed us toward Costa Rican immigration, a five-minute walk down a dusty road flanked by shops and a bank. I decided to hit the bank machine so we’d have some Costa Rican cash on hand, but somehow as I was leaving the machine I forgot my bank card. Thankfully another greying expat ran after me to tell me to return to the machine and his friend, noticing that my backpack had come unzipped came over to put me back together, reminding me to keep a closer eye on my stuff. As the crew of friendly-English-speaking-dad-types turned to leave I noticed that the long-haired man who had helped zip my bag up was wearing a shirt that read “Old Guys Rule” – it’s true, they do, especially at the worst border crossing in Central America.

After easily passing through immigration we proceeded on to Rio Claro, Costa Rica to wait for a bus to Dominical, which I’d read was supposed to be a fun beach town surrounded by jungle. Turns out we arrived at the station just in time to miss the 11am bus so we ended up sitting around drinking beer and eating ice cream sandwiches for three hours until the next bus arrived. Other than a toothless man who kept asking us to buy him a Coke, there was little sign of impending danger.

Once we boarded the bus, I thought things might get a little dicey considering the bus driver made us store our surfboards in the aisle. My friend Jess emailed me recently telling me of a streetcar ride she’d taken in Toronto where two separate fights broke out on the same car. I thought back to that and wondered what sort of verbal assault I was about to incur from the irate Ticos on this packed bus in this “no longer safe” country.

But nothing happened. In fact most people would walk in, look at the boards, look at us, and smile or give us a thumbs-up. As we traveled north, stopping every ten minutes to pick up more and more people, the ride actually just got more enjoyable. Someone boarded the bus with a boom-box blasting his favourite hits from the ’70s and ‘80s including “Betty Davis Eyes”, “Girls Just Want to Have Fun” and “A Land Down Under”. In Toronto someone might have killed this guy on the spot, but here in Costa Rica he actually contributed immensely to the pleasantness of the journey – even when the mixed tape played through a second time.

In the town of Palmar Norte a man got on the bus selling drinks and “platanos con chili” (plantain chips with a squirt of hot sauce on top), but he quickly gave up on his plantain-hocking when he noticed us at the back of the bus and spent the rest of the ride to his hometown of Cortes chatting with me in Spanglish.

We reached Dominical without incident. In fact, the journey sort of reassured me that Costa Rica would indeed be a great place to wrap up this trip that we’ve been on since December. At one point in the bus ride I glanced out the window watching as the moustachioed fellow who had sat in front of us for most of the ride disembarked. As the bus pulled away, I noticed he was looking up at me from outside the bus. “Adios,” he mouthed, and smiled.