Sorry, Flying Is Really, *Really* Bad For The Environment. Here's What To Do If You Love Travel

Flying economy is not only cheaper, it’s also (slightly) better for the environment. 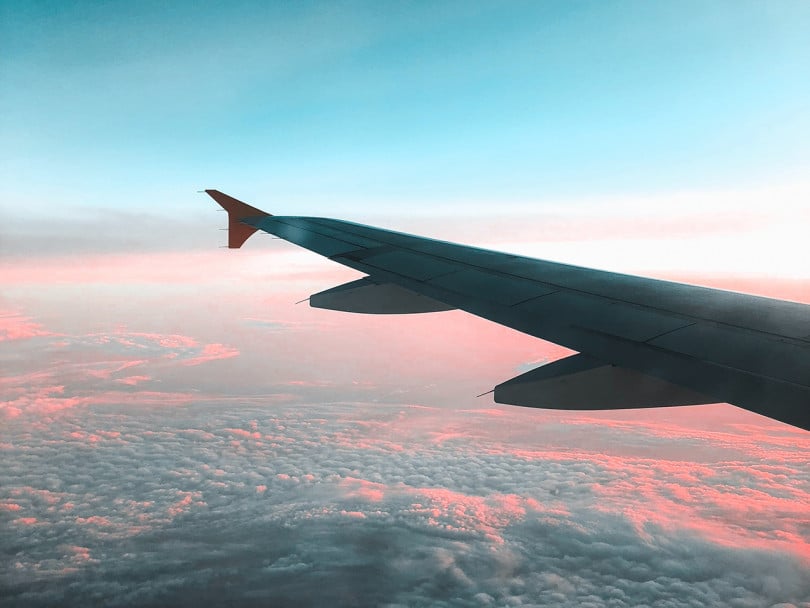 Travelling across the country in hours or across the world in a day is wonderful.  However, it takes an unbelievable amount of jet fuel to get a plane up into the air. In other words, even if you do your best to live green the rest of the time, one round-trip flight on first class from Vancouver to Toronto can create the same amount of emissions as an average year of travelling by car, or nearly 20 percent of the metric tonnes that the average Canadian produces annually. That’s not something we can take lightly in the face of severe climate change.

We spoke to travel and climate experts about flying, if it’s possible to mitigate the effects of air travel and if caring about the environment means you should stop flying altogether.

OK, how bad is flying for the environment?

Christey Allen, a research coordinator at the Prairie Climate Centre in Winnipeg, says that planes are ultimately far more carbon-intense than cars. In 2018, commercial airlines burned 94 billion gallons of fossil fuel globally. Aviation alone also accounts for at least 2 percent of global carbon emissions and the number could actually be higher. Unfortunately, the international and inter-jurisdictional nature of flights means tracking those emissions accurately is incredibly difficult. Planes also leave contrails in the air (lines of condensation) when they fly, and the water vapour further adds to the greenhouse effect—especially over common flight paths.

While 2 percent seems small, air travel is on the rise. The onus of saving the environment is largely on policy makers and big industry leaders to really step up their game when it comes to environmental policies (and voters need to vote in climate-change conscious representatives), but individual decisions still do matter. If you’re thinking, “I’m just one person,” individuals making smaller lifestyle changes play a major role in setting off larger systemic changes.

But, before you panic about that flight you just booked, Allen also emphasizes that individuals must look at their carbon footprints holistically. If you take public transit every day and fly once a year for a summer trip, your carbon footprint will still be better than if you drive solo every day in addition to flying.

How can I mitigate the carbon emissions of my flight?

Your own actual carbon footprint will vary based on how many stopovers you take, whether you fly economy or business class, how fuel-efficient your airplane model is, whether you purchase carbon offsets to counteract the effects of your flight, and whether the airline you fly uses potentially less-emissions heavy biofuels in their planes (United started using biofuels in 2016, while JetBlue, Cathay Pacific, Qantas Airways and Virgin Atlantic are either starting this year or in the process of switching over).

Flying nonstop is better, because studies say that take-off and landing causes 25 percent of a plane’s emissions. Flying economy is also better, according to Lara Barlow, the general manager, Canada for Travelzoo. “By flying economy, each passenger’s share of a flight’s carbon emissions is relatively less because it’s spread out over more people,” she explains. It makes the plane more fuel–efficient.

You can also look into carbon offsets, which mitigate how much carbon goes into the atmosphere. “For example, if my trip was calculated to emit 25 tonnes of CO2 into the atmosphere, there is a cost associated with that. I would then donate that cost into a renewable resource project that would remove that amount of emissions somewhere else,” explains Allison Wallace, Flight Centre’s vice president, corporate social responsibility. She adds that offsets—which typically cost just a couple of dollars per thousand miles travelled—are not as effective a solution as making airplanes more energy efficient (unfortunately innovations are slow), but they help people keep the impact of their travel in mind.

In 2018, international airlines signed the Carbon Offsetting and Reduction Scheme for International Aviation, which asks companies to offset extra carbon emissions directly. As a result, some airlines are offsetting emissions for their customers. Otherwise, many airlines still offer offsets as an option, but you might have to look a bit harder to find them—it’s sometimes listed separately from your ticket, on a separate sustainability page. For example, Air Canada has a partnership with the company Less Emissions that allows customers to purchase offsets.

Alternatively, Barlow says, “You can purchase a carbon offset for your flight through a third party such as TerraPass, often for as little as $10.” The David Suzuki Foundation explains that some offsets are more effective than others, so make sure to do your research. Note that the point of offsets isn’t to decrease carbon emissions overall, only to keep the status quo, and bear in mind that carbon emissions remain in the atmosphere for roughly a century at a time.

Is it more environmentally friendly if I drive?

For shorter distances, cars are a better option, because they are also less carbon-intense than planes. For longer distances, you would have to consider more factors including how fuel-efficient your vehicle is, how many pit stops you make (for example, the carbon costs of having a hotel wash the sheets from your one-night stays), and how many people are travelling with you. The Sierra Club, an American environmental organization, says that planes are sometimes more fuel-efficient than cars. However, fuel-efficiency varies widely. The Sierra Club has calculated that domestic flights can vary “from 45.5 to 77.6 miles per gallon per passenger” while different types of cars can vary from 12 mpg per passenger to 60 mpg (that’s 19.3 to 33 kilometres per litre for flying, and 5.1 to 25.5 kpl for driving, respectively).

Your best option to keep driving eco-friendly is to plan a road trip with at least one other person so you can split the carbon costs. If you can’t do that, you could look into ride-sharing. The concept isn’t limited to Uber and Lyft—drivers on ridesharing.com and kangaride.com offer up empty seats for long-distance carpools.

What if I take a train?

For the most part, yes, but you’ll have to consider other factors such as the distance travelled, the efficiency of the train, and how many people are on the train (if you’re the only passenger, that would be less eco-friendly than taking a ride on a full plane). Overall, though, if you have the option to take the train for longer distance trips, it’ll be less carbon intensive than flying. (On another note, cruise ships are far from an eco-friendly alternative—one study found that a cruise ship produces the same emissions as one million cars.)

What else can I do to make my vacation a little bit more sustainable?

When possible, Barlow suggests grouping trips together to minimize the number of flights you have to take.  “For instance, if you have a vacation planned in California and have also been meaning to visit your in-laws who live only a short way away, consider bucketing those trips together to reduce your overall environmental footprint. The same goes for grouping business and leisure travel where possible. Consider visiting the L.A. office that you’ve been meaning to get to on that same trip rather than planning a new flight,” she explains.

Speaking of business trips, evaluate whether you really need to go. Sure, it’s tempting to take every company sponsored getaway you can get, but is a weekend trip where you won’t have time to enjoy it actually worth it? See if you can do a conference call instead. For example, a group of academics started a petition based on the idea of “flying less” to challenge conference culture among universities, calling on academic institutions to ask their members to travel only when necessary.

Another idea? Choose a “staycation” or look for trips within driving distance.