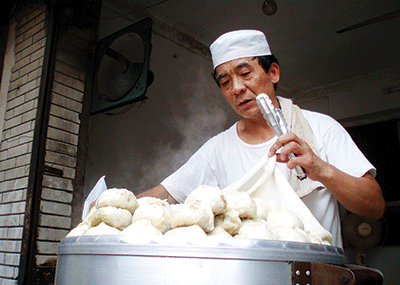 When it comes to travel, my global repertoire is made up of solo voyages and romantic getaways. I’d never experienced a group tour before and had no burning desire to do so until I stumbled across the China Real Food Adventure. The tour hits the golden tourist triangle of Beijing, Xi’an and Shanghai, and it’s not for the faint-of-heart foodie. Sure, you’ll see the cuddly panda bears of Chengdu, but with a side of mouth-numbing Sichuan peppercorn. Although I was jazzed to visit the Great Wall and the Terracotta Warriors and to wander along the Bund, the real draw was snacking on persimmon pastries, soup dumplings and sautéed centipedes.

Six of us had bravely signed up to go where few Western taste buds have gone before. We convened in the lobby of a Beijing hotel, and I braced myself for 10 days with complete strangers. Would we become like family… or like the family I avoid every year until the holidays? William, a bespectacled Beijinger with a dry wit, introduced himself as our guide. 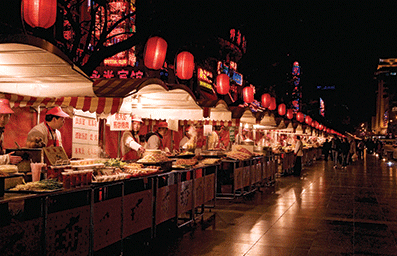 The first night, we headed to a snack market, where a long line of vendors under bright orange canopies peddled wooden skewers crammed with crickets, cicadas, squids, snakes and sad little baby sharks. The teenagers working the market delighted in asking if we wanted to sample the pig testicles. I opted for delicious candied strawberries and a tiny barbecued sea horse, which tasted exactly like fish food smells. William explained the basics of Chinese food. “The north is salty, the south is sweet, the west is spicy and the east is sour,” he said, drawing invisible quadrants in the air. “Everything is in balance, like yin and yang.” 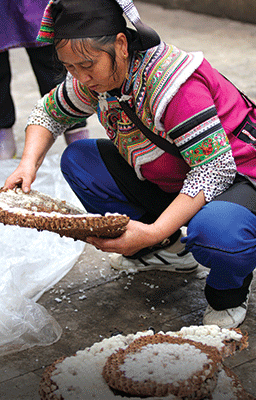 Over the next week, we zigzagged across that quadrant, happily filling our faces. In Beijing, we got a lesson on dumpling making, stuffing pork, fennel and seafood into wonky little packages. In Xi’an, we slurped street noodles and visited the Muslim quarter, sampling lamb kebabs and barbecued fish. In Chengdu, we cooked our own meat in a super-spicy hot-oil hotpot, our lips numbed. And on a 17-hour train ride, we had a blindfolded taste test, pitting China Great Wall Wine against expensive Bordeaux. (The Great Wall won, which is how we knew the French was a fake.) 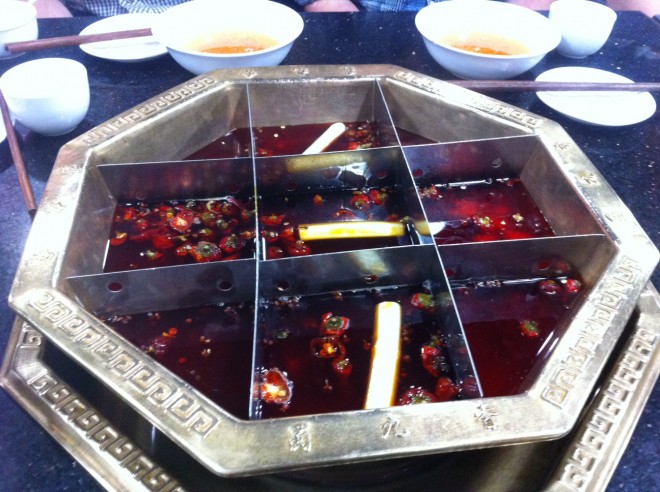 Our little unit of four Aussies and two Brits stayed tight: no fights, no drama and no cliques. At times, I felt like I was back on a middle-school field trip — albeit with a teacher who encouraged the occasional shot of fiery local liquor. We explored China with wide-eyed wonder, returning from independent excursions to exchange notes on what we’d just seen, from ballroom dancing in a public park to huge crabs being carted off to market.

On the last night, in glitzy Shanghai, we feasted on sweet-and-sour pork and sautéed lotus root. One of the Australians mentioned that her Chinese name is Soon Yi, which means “grace and elegance.” William suggested mine could be Sala, because of the similar sound. What does it mean? “Salad,” he said, shrugging. After taking a moment to silently review the many edible highlights of the trip, I decided that something a little bland would suit me just fine.

Do: Intrepid’s 10-day China Real Food Adventure includes accommodations, domestic transportation, most meals and a range of activities, including Beijing’s Forbidden City, the Great Wall, and the Terracotta Warriors. Prices start at $2,450.

Eat: In Beijing, learn the fundamentals of Chinese cuisine at The Hutong. In Xi’an, sample the delectable street foods, from “Chinese pizza” to spicy noodles. In Chengdu, opt for tongue-numbing Sichuan pepper hotpot at Lao Ma Tou. And in Shanghai, try Yang’s Fried Dumpling for steaming hot sesame-dotted pork buns.

Stay: I bookended my trip with nights at the ultra-luxurious Peninsula Beijing and Peninsula Shanghai. In Beijing, opt for pick up in a classic black Rolls Royce, stop by the spa for a soothing body scrub, and make sure you try the spicy shrimp at in-house restaurant Huang Ting. And in glamorous Shanghai, relax in Art Deco opulence, stop for a sip in the fashionable Compass Bar, and arrange a guided walking tour of the nearby Bund.