Eat, love, pray it all works out

Why I’m clearing out my cubicle at Chatelaine, setting out on a trip around the world, and steering clear of all Tims and Tonys 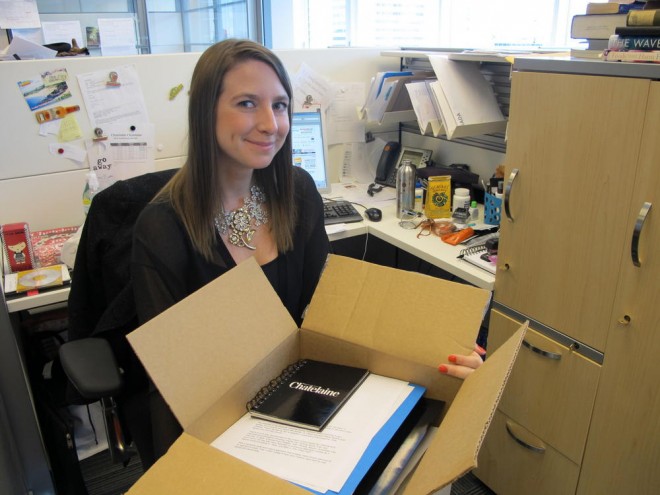 So, I’ve decided to leave the job I love, a job many younger ladies would probably kill for, and set out into the unknown.

I wouldn’t necessarily call this a mid-life-crisis-based-decision (hey, I only saw Eat Pray Love last weekend), it’s more that I’ve finally, FINALLY, worked up the guts to do the trip I’ve been dreaming about for years.

I’ll be setting out with my boyfriend, Craig, to explore the places I’ve always wanted to see and I’m also returning to a few of the places I’ve traveled to before that I absolutely fell in love with. I’m obsessed with traveling (though for the past six years I’ve been limited to short trips because of my job) and Craig’s never left North America before.

In the lead up to my departure on December 29th the ladies around the office have been asking me if I’m excited. Well, of course I am…but I think I’m also in shock. The sobering part of booking a trip around the world is thinking about your return. Not only will I be unemployed, but according to the psychic I should never have visited a few weeks ago, my love life will also be in shambles.

I was out at a restaurant with a few friends well into our second bottle of wine, when the girls suggested we all visit the in-house clairvoyant. I was her last client of the night. I preface the story this way because I choose to believe she’s dead wrong and that her psychic powers had been exhausted by the two friends who had readings before me. Anyways, when I mentioned I’d recently decided to leave my 9 to 5 gig to travel the world with my boyfriend (shouldn’t she already have known that?) she said “Is he a Tim or Tony?” When I told her this wasn’t so, she said that Craig and I would surely have a good time, but when I returned I would realize that Tim/Tony was really the guy for me. Oh lord.

Anyways, now for the exciting part: Our itinerary. On December 29th we head to Hawaii for two weeks to surf, laze about drinking rum punch out of coconuts and eat – a lot. Then on to Tokyo for three days to see a sumo tournament, eat sushi and hit the Japanese department stores where I can buy Pat McGrath‘s favourite face cream. Then we head to Hong Kong to visit friends, Vietnam to explore Hanoi, Halong Bay, Denang and Hoi An (where I’ve heard you can attend cooking classes and have luxurious garments made to order for mere pennies), China (for Chinese New Year), then on to Indonesia, Australia, Fiji, California, Panama and Costa Rica.

Right now the trip we’ve booked is for about three months, but if we still have money in the bank in April and if I manage to avoid the rabid dogs in Bali and all men with names beginning with the letter “T” we might just have to stay longer.