Hong Kong must be the only place on earth you can eat a Big Mac at a religious site, buy shark fins and Chanel bags in the same neighbourhood, and feel completely lost yet strangely comfortable at the same time 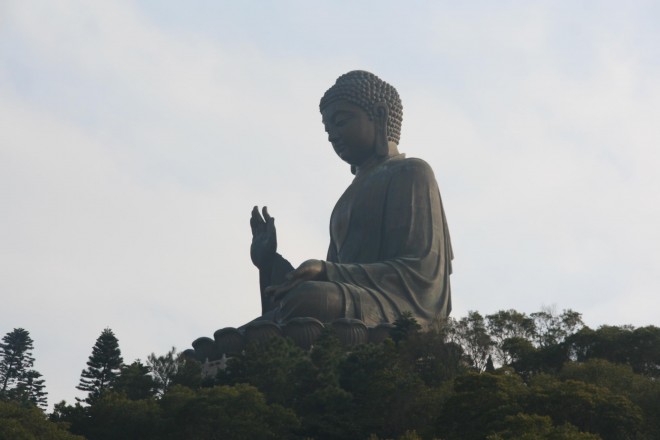 Let me begin by saying that I could easily move into the Hong Kong International Airport. With a bevy of amazing shops, showering facilities and a food court so big there’s a pamphlet called Airport Dining Fever available to help you navigate the multitude of options, this place tops most North American malls I’ve been in.

As we approached the immigration checkpoint Craig also noticed that the airport staff were screening people to see if anyone was sick (probably a procedure implemented after the SARS outbreak in 2003, which killed nearly 300 people in Hong Kong). He said he turned back to notice travelers’ bodies lighting up with shades of yellow, orange and red as if they were being scanned internally. Strange. Where did this technology come from and why don’t our doctors’ offices have it?

We left the airport with directions to my friend Angie’s house. Angie is one of my best friends who recently moved to Hong Kong with her fiancé, Ryan, to work. I was beyond excited to see her, but a bit apprehensive about the cab ride into the city when she gave me these directions to her house to relay to the cab driver: “Hong Kong Island, Sai Ying Pun, Die Yuck Guy, Bat Ho”.

I delivered the lines as best I could, the driver nodded and we set out. As we reached the city he said “Die Yuck Guy”?

“Hmm, I didn’t know there was a number eight on First Street. That must be a new building,” he replied in near-perfect English.

Turns out a huge percentage of Hong Kong’s population speaks English. The signs are in English, and the roads have names like Queen, Cameron, and Nathan. But if you ever forget for a second that you’re in Asia, you’ll turn a corner and see a shop selling medicinal concoctions made of ground horns or restaurants serving up bowls of snake soup.

I’ve discovered that Hong Kong is a place defined by these sorts of stark contrasts. For dinner, pub food is as readily available as Chinese. You can spend days being awed by the palatial seaside mansions in Stanley, one of the city’s swankiest neighbourhoods, or take a trip to Chungking Mansions – a multi-level towering fire hazard of tangling electrical wires and shady hallways full of garbage and broken glass (think Mumbai meets Brooklyn housing project) where you can buy a fake Rolex, a great plate of tikka masala and naan all amidst whispers of “Want something special?” That which is special is, in this case, also illegal. Its special aroma mingles with the scent of curry on every level of Chungking Mansions. 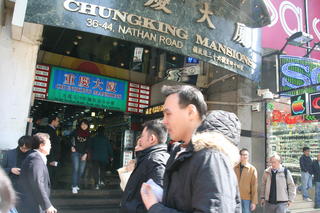 You can also visit the Tian Tan Buddha (apparently the world’s largest outdoor seated bronze Buddha) at Po Lin Monastery and hit up McDonalds before boarding the tram down the mountainside.

In short, Hong Kong is full of surprises. It’s smoggy and congested, but, surrounded by lush mountains and an expanse of ocean, it’s also strikingly beautiful. It’s got all the chaos of a typical Asian metropolis, with all the comforts of Canada.

And it’s also home to my great friends Angie and Ryan. With them around it’s hard not to love this place.