From a hidden bakery to a swank hotel, complete with pool bar, don't miss these gems in bustling Barcelona. 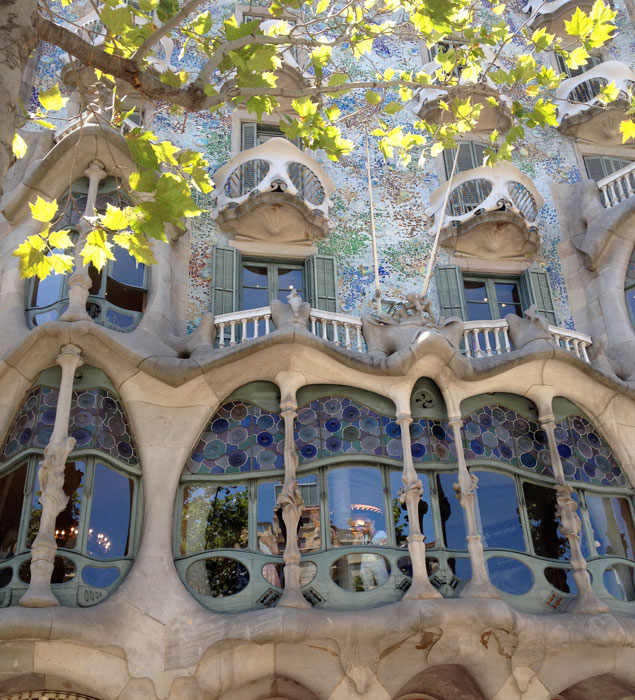 Technically The Mercat de Sant Josep de la Boqueria is a food market, one of the biggest and most popular in the city. But so many shops have set up counters and offer full meals, it hardly seems fair to characterize this chaotic, loud and thoroughly enjoyable spot as a mere market. Maybe foodie paradise is more accurate. Just wandering through aisles jammed with produce, cheese, eggs, Iberian ham and candy is fun — and free! — but nothing beats actually sampling the goods. Grab fresh juice, snacks and a treat and have a picnic in one of the nearby squares, or settle in at one of the many tiny cafés for an affordable lunch.

Perched high above the city on Montjuïc, one of the two hills that frame Barcelona, Parc de Montjuic is a popular place to while away a day. Wander through the botanical gardens, where plants from regions with a Mediterranean climate are arranged according to their respective ecosystems, demonstrating the similarities between parts of Australia, California, South Africa and the Mediterranean basin. Explore the park’s three museums, which are devoted to archaeology, sport and art, respectively. And definitely take the cable car to the top of the hill to see Castell de Montjuïc, a fortress built in the mid-1600s that’s now a military museum.

You can’t see Barcelona without seeing beautiful buildings designed by Antoni Gaudí — literally. The architect’s work can be found throughout the city, sitting side by side with shops, cafés and sometimes even one another. The gorgeous Casa Batlló sits on Passeig de Gràcia, not far from Chanel and Gucci (and Mango and Zara, for the more budget-minded among us). Casa Milà, an apartment building and the last project Gaudí completed before devoting all his time to the Sagrada Familia, sits just up the avenue. And of course the famous basilica, the master architect’s final work, is still under construction in the middle of the city. It might just be the only monument that really is different every time you see it. Park Güell is a little further afield, located on El Carmel, a hill at the north end of the city, but it’s one of the best spots to spend an afternoon in the city. Originally intended to be a housing site inspired by the English garden city movement, the project was an abject failure. Today, it features a gorgeous oval church, gardens and some of Gaudí’s most inventive houses.

It’s not an exaggeration to say that shopping in Spain is fabulous and there’s no better place to test that theory than Passeig de Gràcia, one of the city’s most famous avenues. High street shops like Zara, Mango and H&M rub shoulders with designer boutiques, everything from Prada to Stella McCartney to Valentino. But the real draw for visitors is the selection of Euro-only shops. Check out the mid-range accessories at Follie Follie, inexpensive, on-trend offerings at Bershka and take the opportunity to wander through & Other Stories and Cos, both higher-end offerings from that Swedish cheap chic titan, H&M.