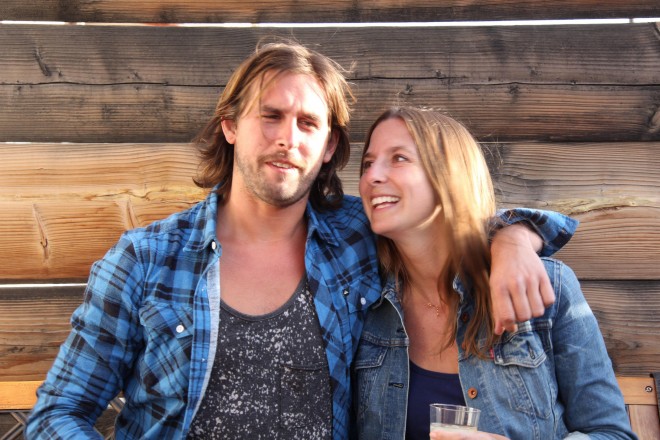 I’ve been slacking as far as my blog goes for the last week. The only thing I wanted to busy myself with was admiring the sunsets, listening to the growling howler monkeys in the treetops and pondering how the pelicans on the beach decide who gets to fly first in their “V” formation.

In the last week of my trip around the world I also had some time to reflect on everything I’d learned along the way.

In Hawaii, I discovered that I could easily transition from working in the fast-paced publishing industry to adopting retirement-like lifestyle in a matter of days. I also learned that poi is absolutely disgusting. 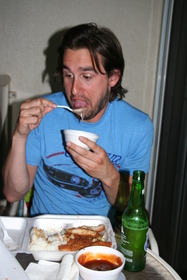 In Japan I discovered that creamed corn is a drink rather than a side dish and that it’s important to be very selective about where you dine because some places serve only, for example, chicken wings…if you want a breast or thigh you’ll have to go elsewhere. Most importantly, I learned that it’s one place in the world where I’ll never have to worry about feeling lost or alone. The Japanese would never allow that.

I’ll remember Hong Kong as a sort of home away from home…even though home doesn’t have McDonald’s delivery and escalators connecting the streets. Hong Kong also has some of the greatest bars of all time. Where else can you start the night with Jell-O shots, continue on to a pub to play beer pong with a crowd of Singaporean college kids and end the night dancing to heavy metal oldies with…heavy metal oldies? (Now you understand the need for streets of human conveyor belts and a superior selection of fast food delivery options.)

In Vietnam I discovered that Western hospitality standards are so far below the norm in Vietnam that it’s laughable. To spite all the devastation that the Vietnamese people have endured at the hands of foreigners, you’ll be hard-pressed to find a country where people are more welcoming and helpful.

China was when I realized just how far away from home I’d really traveled – so far away that I’d be stopped on the street and photographed just for being a plain Jane Westerner. I also realized just how much the Chinese revere fireworks – so much so that they’ve become a ceremonial part of New Year’s celebrations. Oh, and one more thing…I learned that China has some of the world’s most atrocious public washrooms. 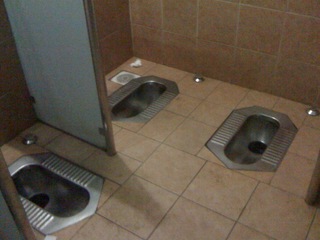 Getting off the plane in Bali was like being transplanted into an enchanted garden – lush foliage, strange creatures, vibrantly coloured fabrics and striking sculptures grace every corner. Bali is also where I began to realize how warped Western values can be. In Toronto the first thing a person will ask you is what you do for a living – a sign, I think, of what matters most to people in a big city. In Bali, people instead want to know about where you’re from, where you’re staying and whether or not you’re married – they could care less about what you do for a living. That’s because Balinese people are defined by their place in a family, rather than their place in a corporate structure. I like that.

I learned that Australia is a place I could settle into in an instant – in a house, mind you, not a friggin camper van. Australia is also home to, in my opinion, the world’s most beautiful beaches and I’m quite sure the friends we made from that beautiful country will be lifelong connections.

In Fiji I realized just how small the world really is. Our first night in the Yasawas (before the tsunami scare) we met Big Joe, a former boxer, who took us to his village to have tea and donuts with his sister. As we sat on the floor of Joe’s sister’s hut he recalled the days when he lived in Kelowna and filled us in on just how much he loved Swiss Chalet chicken.

In California, on the set of Price is Right, I realized I’m a lot more like the folks from Possum Trot, Kentucky than I would have thought. We can both be brought virtually to tears seeing someone win a new car.

In Panama and Costa Rica I really learned how to properly relax. I realized during the course of this trip that I have a hard time doing absolutely nothing and spent half my time away stressing over what I would do when I got home. But the past few weeks I stopped stressing and was just able to slow down and enjoy my surroundings.

I’ve learned, through the many wonderful emails I’ve received and the cherished people that arranged their travel plans around my itinerary, that your friends and family will always be there to support you no matter where you are in the world.

And I think the most important thing I’ve learned in the past four months is that I couldn’t have chosen a better travel companion. My boyfriend Craig has protected me from scorpions and dealt with my crabbiness when I didn’t get enough sleep. He waited patiently beside me while I worked on this blog for hours and he’s the only person who will ever truly share with me the millions of minute memories that came together to make this trip so unforgettable – that woman clipping her nails in the seat beside me on a Vietnamese Airlines flight, the discovery of crab-flavoured Pringles in China, surviving a flash flood in Indonesia and avoiding a tsunami in Fiji. No souvenir or photo will ever completely tell the story…not the same way we can tell it together. 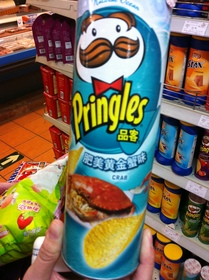 I left for this trip excited, but also utterly terrified about what would become of my life when I returned to reality. Yet today, back in Toronto, I’m completely calm. My relationship has survived this “test” (take that, psychic!) and I’ve already been offered a great new job. I guess I’ve learned that it’s completely okay to take risks once in a while – especially when those risks bring you such immense joy. 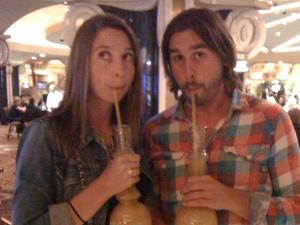 The Costa Ricans have a saying, no, it’s actually more of a slogan: “Pura vida,” they say, as a welcome, a farewell, a toast, or sometimes just a lovely way to end a sentence. The translation is literally “pure life” and I think it’s something I’ve grown to embrace heartily over the past few months. To me pura vida means: live every day like it’s your last, treat others with kindness, take time to enjoy the sunset, the breeze and all the strange creatures around you and don’t sweat the small stuff.