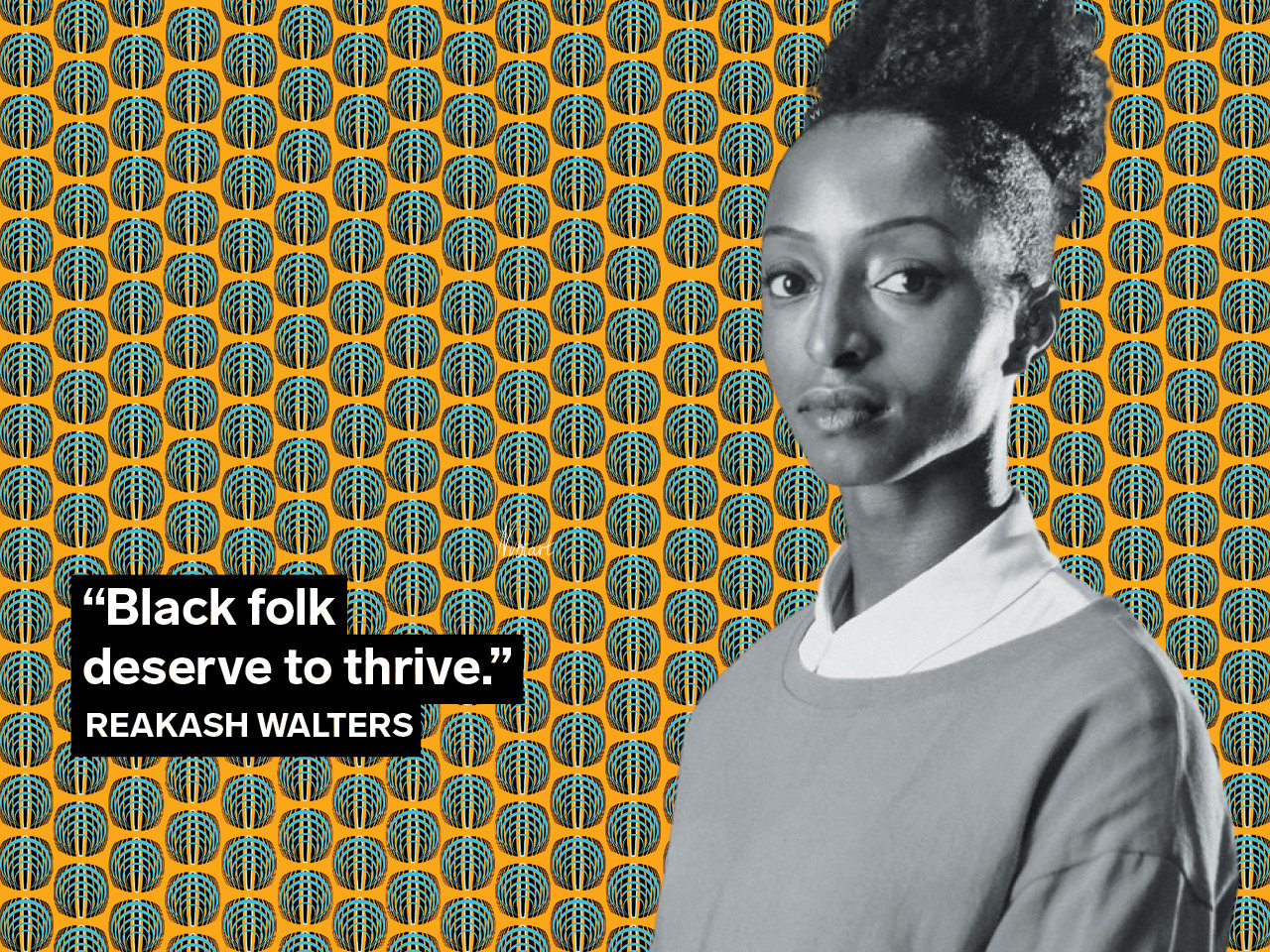 Reakash Walters keeps coming back to a quote by James Baldwin, from a 1989 documentary on the African-American author and civil rights activist. “You always told me it takes time. It’s taken my father’s time, my mother’s time. My uncle’s time. My brothers’ and my sisters’ time. My nieces’ and my nephews’ time. How much time do you want, for your ‘progress?’ ” Baldwin asks.

The sentiment feels especially relevant to Walters as she looks back on the past several months. After decades of Black advocacy, Canadian society is finally having open conversations about prison abolition, defunding police and meaningful social supports for marginalized communities. For Walters, a writer, community advocate and legal articling student who splits her time between Edmonton and Toronto, it’s been a long time coming.

Despite the slow pace of this awakening, Walters believes this moment could be truly transformative, but only if the general public doesn’t rely on politicians to render oppressive institutions obsolete. Her work focuses specifically on developing alternatives to the current criminal justice system, which in Canada (just like in the United States) disproportionately punishes Black and Indigenous people.

Walters says that one key element is shifting common understandings around policing and safety. “I think the challenge is expanding our imagination. So many of us are used to calling the police when something goes wrong,” she says. “We don’t really have other options that we can turn to in a comfortable way.”

Along with other advocates, Walters is encouraging smaller businesses in Edmonton to simply not call the police, at all—even in situations that appear to be escalating, or where there is a potential for violence, especially when they involve people with mental illnesses. As a co-founder of Black Lives Matter Edmonton, she’s helping business owners ensure that staff have training and information that would help them feel comfortable dealing with difficult situations without involving law enforcement.

Walters says that could mean effectively de-escalating the situation themselves, or calling on family and community members who know the individual in question and can help solve the problem. “We all have the ability, in a community, to acquire the necessary knowledge to deal with certain folks who might just need a bit more support,” she says.

Her vision is that Black communities push beyond simply surviving in a hostile society to finding meaningful ways to truly flourish.

“It seems like when we say ‘Black lives matter’ now, we’re just talking about Black people’s baseline living,” says Walters, (who is on Twitter @reakash). “I would say ‘Black lives matter’ should also mean Black folk deserve to thrive. I’m really interested in what it looks like to set us up to succeed. . . . Not only us living and having a baseline of safety, but also being really happy, content, comfortable, excited and engaged.”