To the LGBT community, the niqab debate sounds mighty familiar

A woman’s right to wear the niqab poses no more threat to Canadian values than my right to marry another woman, says Rachel Giese. 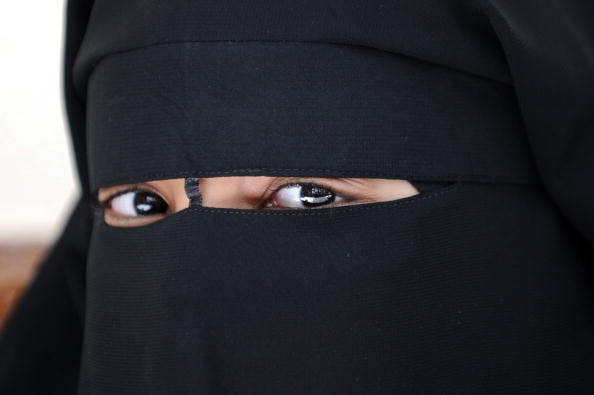 Over the last few weeks, the Conservative Party’s attack on the niqab has advanced from standard-issue xenophobia to fully unhinged hatefulness. After the Tories promised to create a “barbaric cultural practices” tip line, the prime minister told CBC’s Rosemary Barton that perhaps it was time to ban the niqab among public servants, as though this were an actual issue and the civil service was overrun by women with covered faces. It’s not, if you were wondering. About three per cent of Canadians are Muslim, and, as Shireen Ahmed noted recently, only a tiny fraction of Muslim women — fewer than two per cent — cover their lower faces. I haven’t been counting, but I suspect Stephen Harper has said the word “niqab” more times than there are women in Canada who wear one.

Here’s the thing: I’m not Muslim, I’ve never worn a niqab, and I don’t know what it’s like to feel a deep religious conviction that calls me to do so. As such, I’m not qualified to speak for niqabi women. But I do know what it’s like to be a member of a minority group whose rights are dependent on an often hostile majority, and to be told that how I live my life is a threat to Canadian values. I’m familiar with being judged and condemned by people who don’t know me and have never met anyone like me. I know what it’s like to be stared at, and yelled at, when I’m out in public, simply for expressing who I am. And I know the strange, helpless feeling of being used as a vote-baiting wedge issue in a national election.

To anyone who was around for the culture wars of the 1990s and early 2000s, the paranoia and fear-mongering levelled against Muslims sounds awfully familiar. It sounds, in fact, unnervingly like the paranoia and fear-mongering levelled against lesbians and gay men fighting at that time for protection against discrimination in housing and employment, and for the ability to marry and jointly adopt children.

Rallies and marches were held for the sole purpose of telling people like me that we were indecent and undeserving of equal rights. One morning 10 years ago, when the Civil Marriage Act, which legalized same-sex marriage federally, was being debated in the House of Commons, I wept in my kitchen listening to a pundit on a radio show drum up fears about gay people being pedophiles. I’d heard this kind of thing before, but my wife and I had just been married in Ontario and had just adopted our son — and to be characterized this way, at a time when we were experiencing such joy, was devastating. Others speculated in newspaper columns and on TV panels that same-sex marriage was the first step towards legalizing bestiality and incest. (Seriously: People said this with a straight face.) Some of those very same people are now suggesting that we’re just one more niqab away from Canada being ruled by Sharia law.

Guess what? A decade along, the private, personal choice of some lesbians and gay men to get married and have children has not destroyed the institution of heterosexual marriage. And I am equally certain that the private, personal choice of a few niqabi women will not transform Canada into a theocracy. Just as my marriage isn’t anyone else’s business, a Muslim woman’s head covering — or an Orthodox Jewish woman’s wig, or a Christian woman’s crucifix necklace — isn’t anyone else’s business either.

The irony is not lost on me that I’ve made an argument for religious rights using the case for gay ones — because lesbians and gay men are, of course, often the victims of religious bigotry (yes, Kim Davis, I’m looking at you). But that’s the weird beauty of democracy and plurality. Keeping the state out of the bedrooms of the nation means keeping the state off its heads and faces, too.