At the press conference for Argo, John Goodman may have fallen asleep. Yes, while he was on stage. It was hard to tell — he had his eyes closed for about three minutes, and he might have just been concentrating really hard on something located on the inside of his eyelids, but there's a good chance he was catching some z's. 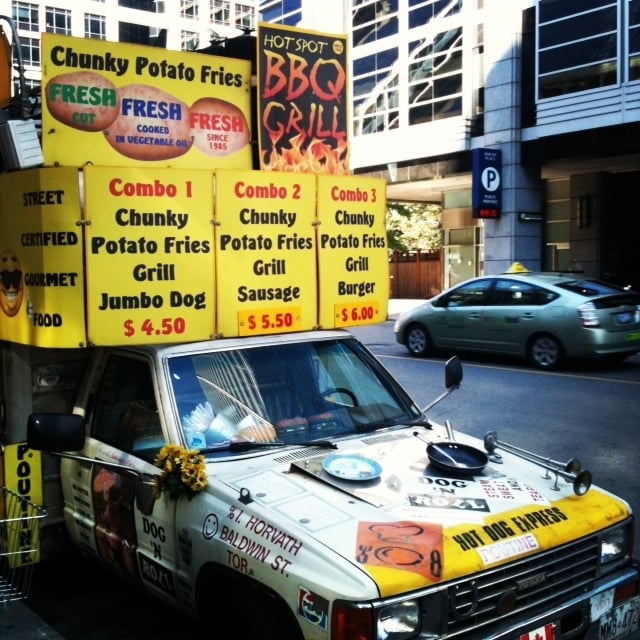 This is one of the lunch options for TIFF goers… Not so healthy. 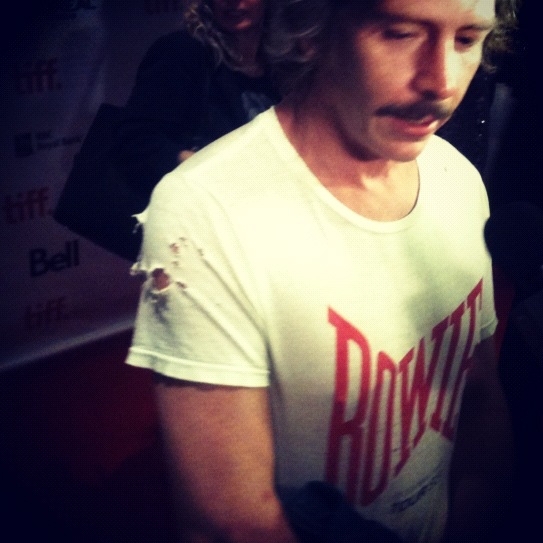 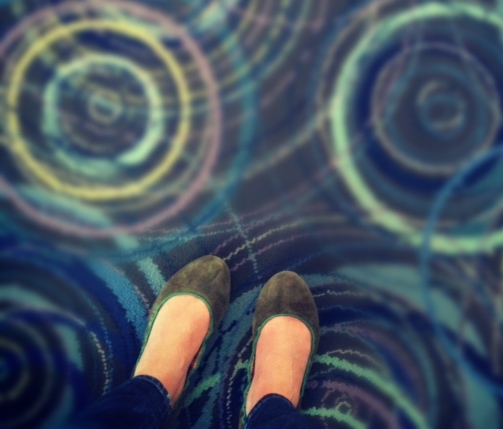 My cute, and practical flats 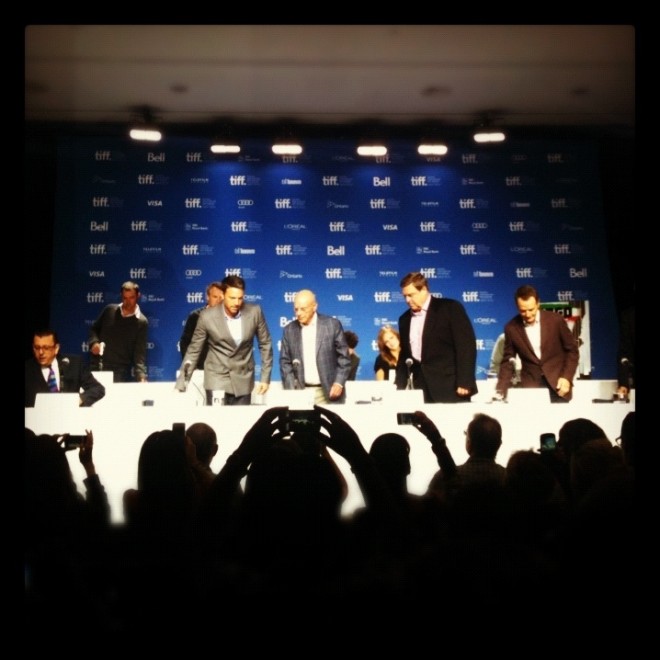 The Argo press conference with Ben Affleck and John Goodman

At the press conference for Argo, John Goodman may have fallen asleep. Yes, while he was on stage. It was hard to tell — he had his eyes closed for about three minutes, and he might have just been concentrating really hard on something located on the inside of his eyelids, but there’s a good chance he was catching some z’s. I don’t blame him. Press conferences can be horribly dull.

This one, however, resulted in some decent tidbits of information: The fact, for instance, that Ben Affleck insisted on changing 4,000 light bulbs in the Hagia Sophia, in Istanbul, because he wanted to shoot a scene there and needed an incandescent — not fluorescent — glow; or that there are more than a million Iranians living in Los Angeles and they’ve apparently nicknamed it Tehrangeles; or that the actors in Argo playing American hostages who must pretend to be Canadian in order to escape were given the advice, “Just be twice as nice as you normally are, and say ‘Tronno’ not ‘Toronto’.”

A lot of people have asked me whether celebrities look worse in-person than they do on-screen, and I have to say, the answer is a resounding no — I’m always blown away by how beautiful these people are up close. Anna Hathaway, for instance: I’ve always thought her features were slightly too big for her face and she had a sickly complexion. Then I interviewed her a couple years ago and was so transfixed by how stunning she was, I kept forgetting my questions. Cate Blanchett up close and personal is ethereal, like you almost want to punch her because that level of beauty just shouldn’t even exist. Same with Kate Bosworth, Jennifer Lopez and Jennifer Garner. Yes, there’s a lot of Photoshop that goes on these days, but in all honesty, these women don’t need a lick of it.

They also know how to work an outfit, which is more than I can say for all the others TIFF-ing around these days. Fashion-wise, it’s such a hodge-podge: On a single red carpet, I saw one woman in six-inch stilettos, another in Keen hiking boots, another in her bare stockings and another in flip-flops. I get that most people who are either press or industry members are running around for the majority of the day, and we’re all going between air-conditioned cinemas and hot, stuffy meeting rooms and the potentially rainy outdoors, but can’t we all just agree to wear cute ballet flats? Such a simple solution!

The worst fashion offence I’ve witnessed so far, however, has to be the actor who walked a red carpet wearing a ripped, threadbare T-shirt. And it wasn’t one of those intentionally ripped, high-fashion, ironic numbers either — it was just a really old T-shirt, with moth holes. I took a photo, which I will share on this blog, in hopes of publicly shaming him.

Then again, if I could magically change anything about this festival, it wouldn’t be the fashion. It would be the food. Despite being in the city’s entertainment district, surrounded by restaurants, there are very few options that don’t turn the stomach. In the immediate vicinity of the Lightbox, there’s a row of fake Italian “ristorantes” serving stuff no nonna would actually eat, a few overpriced sandwich places, a couple of hotdog stands, three Starbucks outlets, and the popcorn-and-Coke fare at cinemas. Ten days of eating this stuff and you’ll be in serious need of a detox. I was elated the other day when I found a tiny burrito place, where I could get a vegetarian meal for $6, but after scarfing three burritos in four days, I’m starting to have some regrets. Why not get a sandwich at Starbucks, you ask? Two words: Propylene glycol. It’s in everything there. I’d rather purchase a fourth burrito, thanks.