Major progress on the Chasing Ryan Gosling front today, although I must admit, this will most likely conclude my official pursuit of the man during TIFF—his film has premiered, the after-party has been thrown and he's most likely en route back to L.A. Sigh. 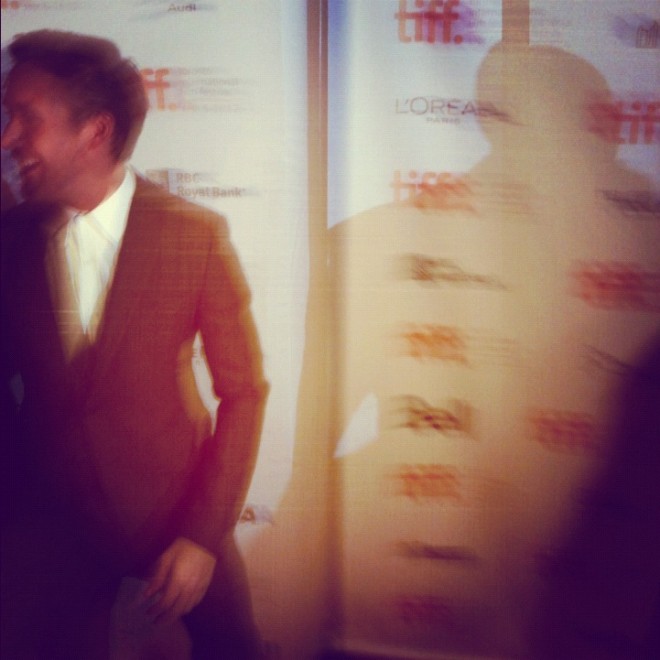 A blur of Ryan Gosling 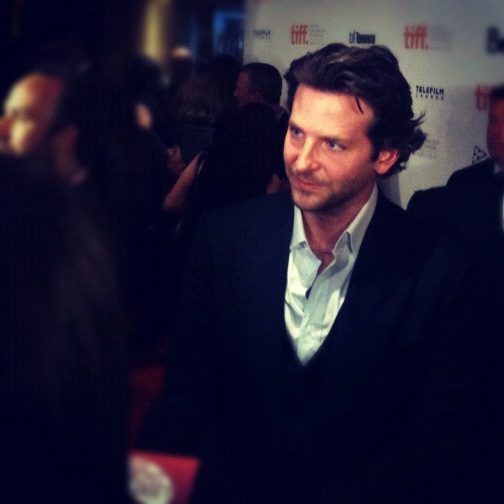 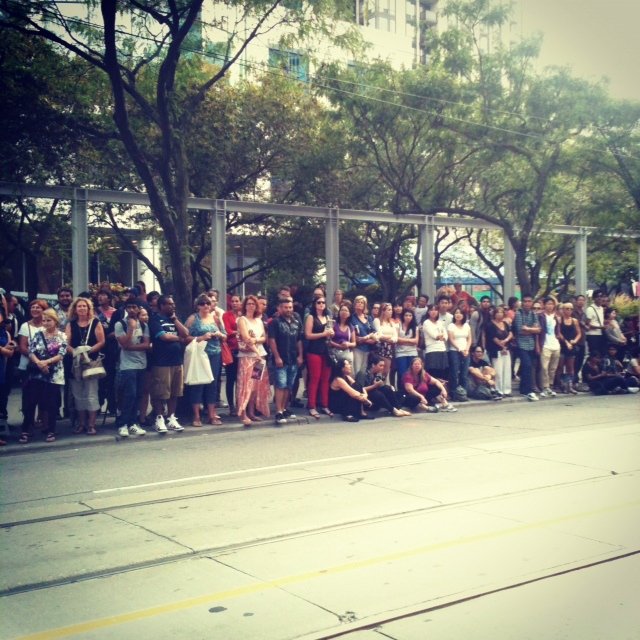 Crowd watching the crowd from across the street 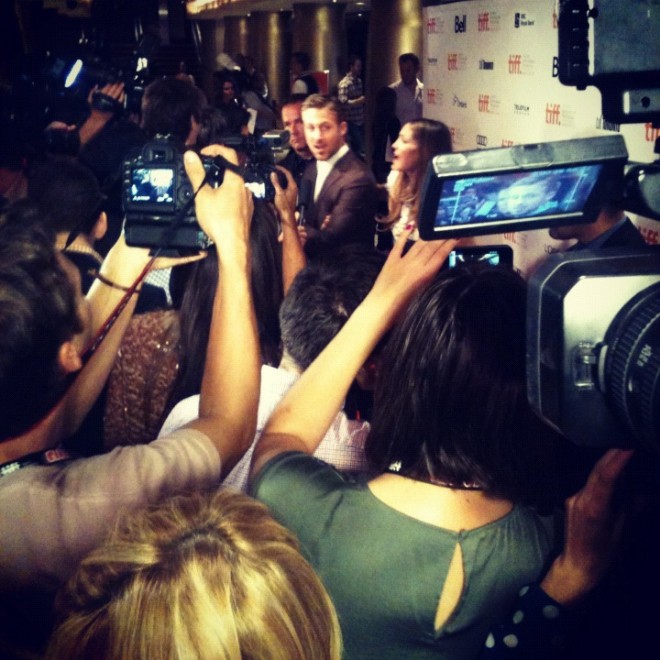 Major progress on the Chasing Ryan Gosling front today, although I must admit, this will most likely conclude my official pursuit of the man during TIFF—his film has premiered, the after-party has been thrown and he’s most likely en route back to L.A. Sigh.
But! I can actually say that I’ve stood within four feet of him and witnessed all of his amazingness in the flesh (well, maybe not ALL of his amazingness). I was given the 19th position, out of maybe 21, on the red carpet yesterday for the premiere of The Place Beyond The Pines at the Princess of Wales Theatre. All I had was my lousy iPhone 3, but it would be good enough for at least one photo.
When I cycled up to the theatre about an hour before curtain call, there were hoardes of Gosling fans already outside, holding “I love you, Ryan!” signs—oddly, there was an equal number of people on the other side of King Street, too, so it was essentially a crowd watching a crowd watching anxiously for Ryan. A half-dozen police officers were on-site, making sure all vehicles could pass; one of the streetcar drivers honked at the masses (streetcar drivers love Ryan Gosling, too?).
A frantic publicist ushered me through the doors to the “inside red carpet”, where all of the print, online and broadcast journalists were gathered—it was arguably less civilized than outside, with everyone jostling to get a better position, running through their questions and figuring out how to get Ryan’s attention. One woman had a bright polka-dot shirt, another was in six-inch heels, hoping to tower over the rest, and a Quebecois reporter was just so strikingly beautiful, she didn’t need any gimmick.
After half an hour of waiting, Bradley Cooper suddenly showed up and spoke to everyone for at least 20 minutes. Two younger actors followed, but nobody was interested and so they awkwardly hung around the red carpet with their publicists for a bit before moving on. Finally, after an hour had passed, Eva Mendes stepped inside, looking absolutely radiant despite the fact that she had some kind of demi-turban wrapped around her head. And then… then… the crowd outside went berserk. Screams could be heard through two sets of closed doors. Horns were honking. Evidently, here was Ryan.
He came in and made a beeline toward the video cameras at the far end to chat with the TV reporters. I couldn’t actually see or hear him, despite the fact that he was maybe 10 feet away—that’s how many reporters were around me. And then, a publicist came forward to give us unpopular print journalists some bad news: Ryan will only be doing a “walk-through” for our portion of the red carpet. A “walk-through” is a glorified way of saying, “he’ll be ignoring you, much like the cool kids ignored you in high school, so you’ve basically waited an hour for less than one second of a photo opp.”
Whatever. I’ll take what I can get. And what I got was a blurry photo of the side of Ryan Gosling’s face. I also got an even worse photo of the back of his head while he was scratching something on his nose. But they’re MY photos, on MY cell phone, which somehow makes it awesome.
I’m never doing a red carpet again, ever, but I will proudly cling to the fact that—for a few seconds—I shared a little patch of floor with the hottest actor in Hollywood.
FILED UNDER: TIFF