In all the excitement of TIFF — celebrities! Parties! World premieres! Someone filming a topless girl at the corner of Queen and Peter! — it's easy to forget that many of the actual movies being screened are ones that deal with seriously heavy subject matter. 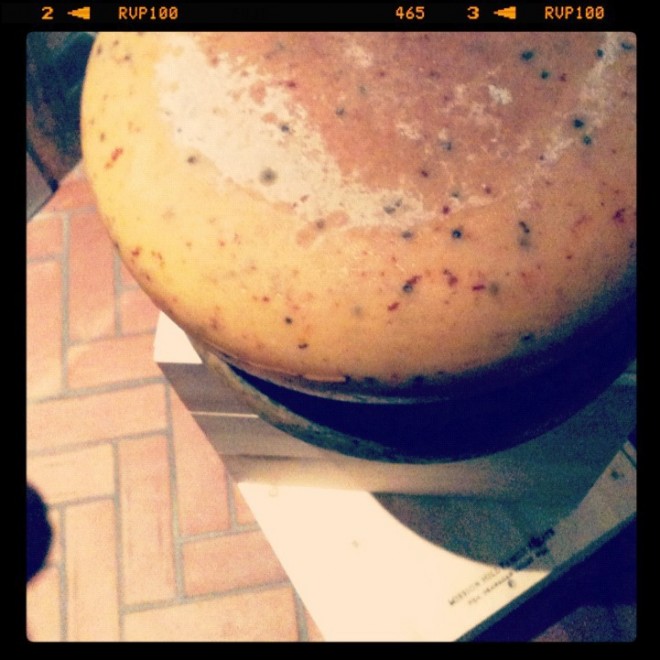 This is what I thought was a stool. It was actually cheese. 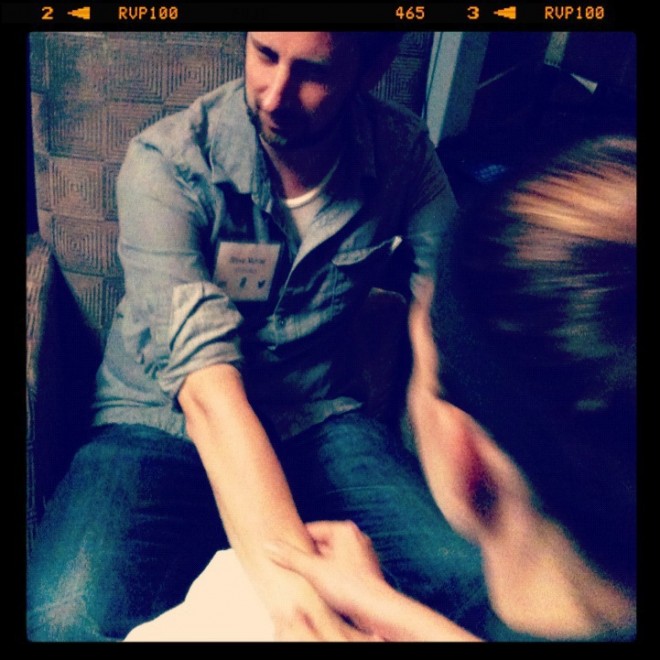 The woman giving hand massages at the Ritz (this is comics artist Steve Murray), who said he enjoyed it. 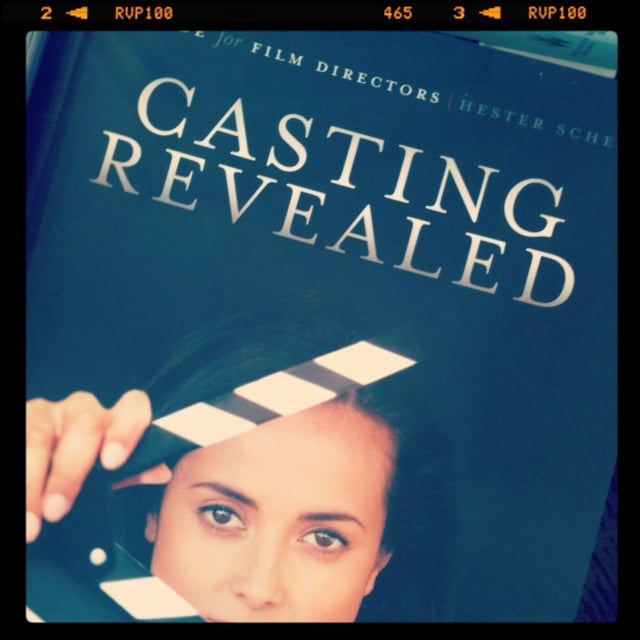 The book I found at Indigo… 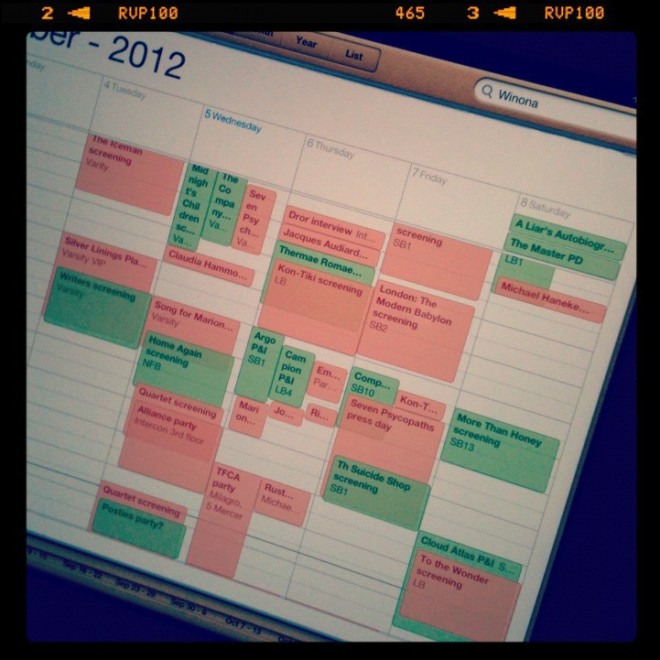 This is journalist Chris Knight’s schedule for the first few days of TIFF.

In all the excitement of TIFF — celebrities! Parties! World premieres! Someone filming a topless girl at the corner of Queen and Peter! — it’s easy to forget that many of the actual movies being screened are ones that deal with seriously heavy subject matter. I began today, for instance, with a morning press screening of Out in The Dark, a feature about an Israeli and a Palestinian who fall in love and must cope with being gay while surrounded by political violence and homophobia.

Then, while still in a sombre daze from 90 minutes of conflicted pathos, I’m left with 10 minutes to kill before the next film and, somehow, find myself in the thick of retail, browsing “Heather’s Picks” at the adjacent bookstore and trying to understand why Food Blogging for Dummies even exists. On my way out, I notice there’s a TIFF-related display, which includes a few filmmaker biographies, a guide to writing horror movies, and something called Casting Revealed, a book that outlines everything you could possibly want to know about, um, casting? Really?

I hastily escaped back into the darkness of the theatre and found another film to watch — Lunarcy!, a documentary about people obsessed with colonizing the moon. Hey, it was better than food blogging.

Later on, there was the requisite party, this time a shindig at the Ritz. Technically, it was one of these “tweet-ups” in which attendees are supposed to spend the entire time updating Twitter feeds instead of actually speaking to one other. I didn’t have a Twitter account, so I just made one up and somehow got in. The main floor was disappointing — weak cocktails and complimentary hand-massages that involved way too much lotion — but then I hit jackpot: I was invited up to the hotel’s cheese cave.

Yes, the Ritz has its very own cheese cave, one that’s filled with $11,000 worth of redolent merchandise. Along with a few other lucky folk, I was offered a sliver of delightful Avonlea cheddar from Ontario’s bucolic Prince Edward County, to taste alongside a “broad-shouldered 2008 chardonnay” from winemaker Daniel Lenko. I decided to pull up a stool, so as to savour this pairing in a relaxed manner. Unfortunately, it became apparent that the stool I had tried to park my butt on was actually a large wheel of cheese perched on a series of boxes and crates. Poor gouda.

Back downstairs, I ran into Chris Knight, the National Post‘s lovably nerdy film critic. We often commiserate about our lousy scheduling capabilities — the fact that, every TIFF, we manage to squeeze in press conferences, interviews, screenings and more, only to realize at the last minute we haven’t left any time to write. This year, however, Chris had it all figured out, thanks largely to his iPad and various scheduling apps, which he showed me. When I pointed out that many of his “appointments” were overlapping one another, he didn’t seem concerned. Perhaps this is because he is more than happy to stay up until 1 a.m. working overtime, whereas I’m more concerned with tracking down The Gos.

With that, here’s where we stand on TIFF 2012: Chasing Ryan Gosling — I’ve successfully managed to reserve a spot on the red carpet for the gala presentation of The Place Beyond the Pines at the Princess of Wales theatre. All I will have is my lousy iPhone 3 and my pretty face*, but I’m hoping this will be enough. Fingers crossed I can just mentally will him to come over and say “Hey girl,” and forget who Eva Mendes is and ask if I’d like to escape with him to somewhere where shirts aren’t allowed.

Read all of my TIFF coverage here.