Throwback Thursday: In 1969, losing weight was a team effort

Scientists have been quibbling over the merits of different diets for ages, but in the late '60s, shedding pounds became a group activity. 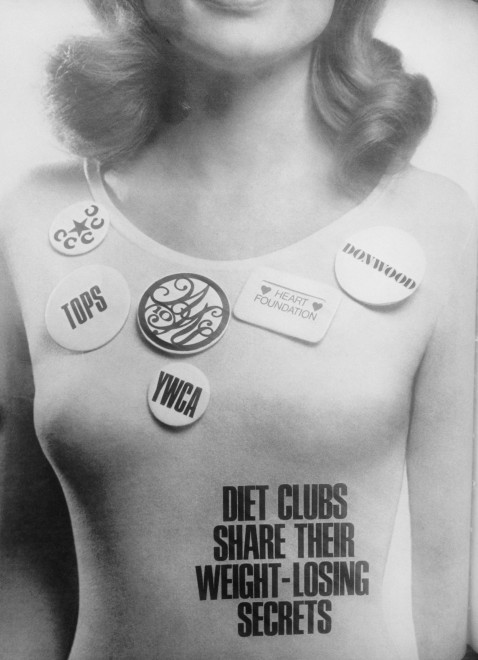 The times: Neil Armstrong becomes the first man to set foot on the moon; PBS is founded; John Lennon and Yoko Ono hold a week-long bed-in to protest the Vietnam War.

The fad diet: Teamwork. As long as there have been Januarys, there have been New Year’s resolutions, and as long as there have been New Year’s resolutions, a large percentage of them have revolved around shedding unwanted belly fat and devoting ourselves wholeheartedly to kale. Newfangled diet and exercise fads are essentially background noise to news-reading women at this point, but in the late 1960s, group-exercise programs (like Weight Watchers) rose to prominence, providing an alternative to subsisting on cabbage soup. In our February 1969 issue, writer Anne Austen decided to investigate the efficacy of the weight-loss buddy system, remarking that “in an effort to shed pounds that constitute a tremendous health (not to say beauty) hazard, thousands of Canadian women are investigating the morale-boosting technique of the group.”

Austen’s article offered a primer on six weight-loss programs across the country, including their membership costs and criteria, general fat philosophies, and nutritional recommendations. Those who joined Weight Watchers, for example, were in for “inspirational evangelical-style lectures,” weekly meetings, and were required to be “at least 10 pounds overweight.” Members were also forced to adhere to a strict 1,200-calorie maximum per day, but were happily allowed all the coffee, bouillon, and horseradish their hearts desired. Hamilton’s Canadian Coast to Coast Calorie Counters (CCCCC) demanded an annual fee of $4, in addition to the promise that participants would reach their goal weight within one year of joining. (The penalty for failure was revoked membership and not receiving the club’s Stay Trim and Radiant (STAR) pin.) The Ontario Heart Foundation refused to admit the “very obese” into its programs, and the YWCA promoted an exercise-to-socialize approach as the quickest road to getting ripped.

Some of Austen’s featured retro regimens were admittedly a bit unorthodox, but there’s something to be said for gym companions. (Plus, unlimited bouillon and gold stars are still far less weird than the Shake Weight.)

Every Thursday, we bring you selections from our archive of 86 years of Chatelaine, featuring weird and wonderful recipes, vintage fashion and decor, and stories that still resonate today.