Three things you'll be eating for dinner in 2012

As the enduring popularity of cookbooks, recipes, and cooking shows indicate, we’re a food-centric species always on the lookout for the next delicious meal. With that desire for variety in mind, what’s on the menu in 2012? 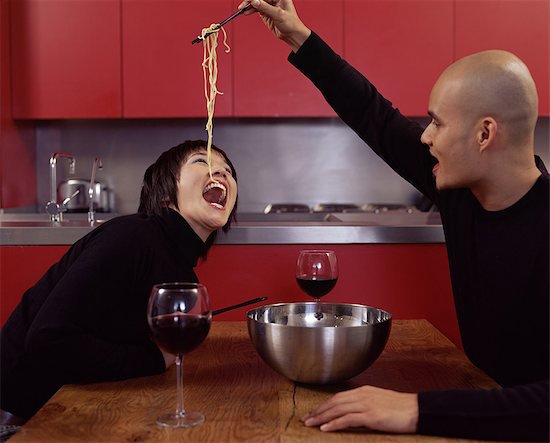 As the enduring popularity of cookbooks, recipes, and cooking shows indicate, we’re a food-centric species always on the lookout for the next delicious meal. With that desire for variety in mind, what’s on the menu in 2012?

According to Time magazine writer Josh Ozersky, Asian-inspired street food and products are going to hit the mainstream big-time as are officially certified artisanal pizzas.  Sounds good, Josh! Here are a few items Ozersky mentions to watch out for in 2012 (for the full list see his blog here).

Apologies to Quiznos, but the flavourful Vietnamese sub known as banh mi (pronounced bonne-mee) is going to become increasingly more popular (have a watch of Anthony Bourdain tucking into one, here). A crispy French bun stuffed with pork, shredded greens and spicy sauce, the banh mi is a satisfying lunch. I can tell you that I have enjoyed the vegetarian variety of this delicacy in my local Chinatown several times. And making matters even more delicious: it was only $1.50.

Yuzu is a Japanese citrus fruit that “looks and tastes a lot like a lemon,” says Ozersky. What’s the lemon-like fruit’s distinct appeal then? Aside from its aroma—Epicurious.com says the rind is often used to flavour dishes—it may just be novelty that the fruit has going for it. Yuzu just sounds more exotic than lemon. Be pretentious in the New Year and make Yuzu tarts!

At first glance I thought Ozersky meant “Versace” pizzas, but after reading what Verace means I think it’s almost the same thing. Verace Pizza Napoletana is a designation given by the pizza gods in Napoli, Italy, the originators of thin-crust deliciousness. It indicates to the pizza eater that what you are folding in half and consuming in three bites is in fact the best pizza in the world—or at least what the Associazione Verace Pizza Napoletana considers the best. I’ve never sampled such a delight. But I’ve already added it to my growing list of New Year’s Resolutions. Which oddly enough conveniently doubles as a grocery list.