Does feminism have a branding problem?

Meryl Streep, Susan Sarandon and Yahoo CEO Marissa Mayer don’t consider themselves feminists. Neither do 68 percent of Canadian women we surveyed. Why not?

When it comes to strong female role models, Meryl Streep is a pretty compelling example, right? She recently sent letters to every member of Congress demanding the passage of an Equal Rights Amendment and set up a fund for female screenwriters over 40. Yet like other thoroughly modern pop-cultural powerhouses — Susan Sarandon, Madonna, Yahoo CEO Marissa Mayer — Queen Meryl says she’s not a feminist. In fact, 68 percent of the women we polled for this survey also balked at the term. Granted, we don’t know all of you or Madge personally, but when women who embrace the philosophy in its practical sense (by, say, voting) still reject the label, it’s clear that feminism has a no-good, very bad PR problem.

One potential source of trouble is the tension between the word’s literal definition (“political, social and economic equality of the sexes”) and its cultural reputation. To some, the “fem” prefix is a necessary three-letter reminder of thousands of years of lopsided, sexist BS. To others, it conjures up images of angry radicals out to burn some bras, usurp men’s rights, then backstroke away on a sea of boy tears. Maybe we could just pick a new name, one that connotes unity rather than division, with an emphasis on — as Streep suggests — “a nice, easy balance.” Popular alternatives include humanist (which, sadly, has already been taken by 18th-century Enlightenment thinkers) and bootylicious (actually once advanced by Beyoncé).

Related: Read our exclusive survey, This is 40(ish) 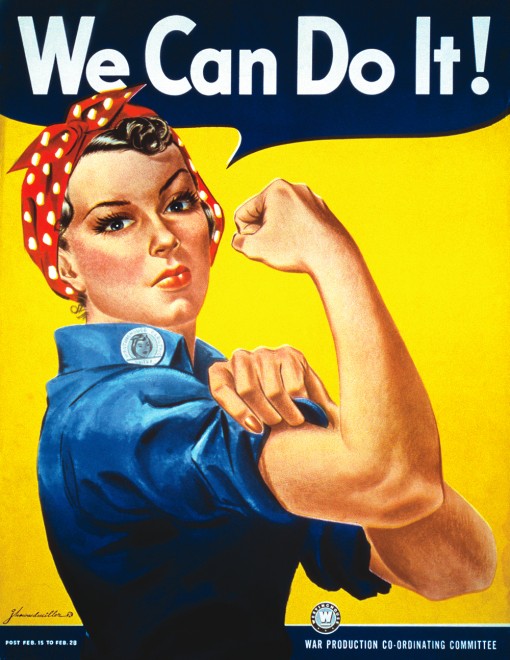 Feminism isn’t a perfect word, and neither has it been a perfect movement. At its best, the ideology has acted as a catalyst for change — a rallying cry to respect the rights of everyone, regardless of the contents of their pants. At its worst, the movement can be factional, exclusionary and, in that way, counter to the progress it arose to achieve. “Folks don’t identify with feminism because there is a misunderstanding of what it is,” says Sheila Sampath, editorial and art director of the Toronto-based feminist magazine Shameless. “[To them,] it can mean the ‘I hate men’ sitcom-y thing, or have the kind of nuance that trans activists bring to their work. It’s everything along that spectrum.”

And because no one conquers ideological grey zones quite like comedians, it was Aziz Ansari — noted man — who perhaps best skewered our touch-and-go relationship with the f-word on Late Night with David Letterman last year. “If you believe that men and women should have equal rights, [and] someone asks you if you’re a feminist, you have to say yes. Because that’s how words work.” He added, “You can’t be like, ‘Yeah, I’m a doctor who primarily does diseases of the skin.’ ‘So you’re a dermatologist?’ ‘Oh, that’s way too aggressive of a word. Not at all, not at all.’”

It seems like we have two choices. Either we forgo feminism entirely and commission a massive order of “This is what an equalist looks like” T-shirts, or we embrace the term in its loaded, shape-shifting imperfection — just like Beyoncé did, eventually. But as long as we’re all fighting for equal rights, we might as well agree on a team name.

FILED UNDER: feminism This is 40