The Word: On women one-percenters, tech neck, and Margaret Atwood

Canadian ladies are making bank, why texting is a back-breaking endeavour, and a very happy birthday to a literary great. 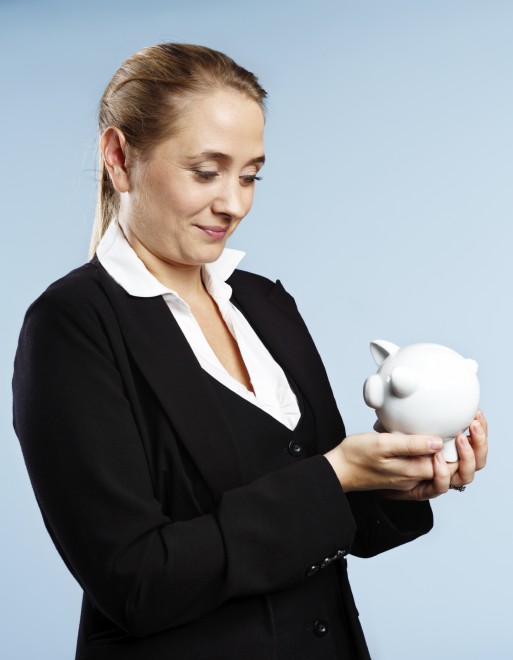 We are the one per cent. According to just-released figures from Statistics Canada, a record number of women now belong to the country’s wealthiest income bracket. As of 2012, one in five one-percenters was female, which is double the amount of high-earning women that existed in 1982. (Note: To belong to the illustrious one-percent, you have to rake in an annual income of $212,700.) In other money news, the gap between Canada’s richest and poorest is shrinking ever so slightly — the average income of the 99 per cent increased while that of the wealthy few fell to a six-year low.

How ISIS is enticing women. About 300 Western women have now joined the ranks of extremist group ISIS, say European officials. In an article posted Tuesday by Time Magazine, journalist Vivienne Wait explains that female recruits aren’t enlisted for combat, but rather to build community, teach first aid, and carry out domestic tasks like cooking and sewing, while the overarching group “installs a purist Islamic state” within Syria. Wait also highlights the recent launch of Al-Zawra’s Foundation, an online resource which directs potential ISIS members to weapons-training videos.

Snapchat gets into the banking biz. From the creators of the app that brought you conveniently disappearing photos comes a new money-transfer service. Snapcash is the result of a partnership between Snapchat and Square, a payment-processing business. iPhone and Android users can securely link a debit account of their choice to the app, then enter a dollar amount to send to recent contacts directly in the message window. Naturally, Snapchat is pretty jazzed about its new offering—I mean, look at this ad.

Stripped off. A New York judge has awarded $10 million in back pay to former dancers at Manhattan gentlemen’s club Rick’s Cabaret, ruling that the women were entitled to at least minimum wage. (The dancers were actually required to pay a fee to the club in order to perform on the premises.)

Labour dispute. South Korea’s Labour Ministry is under fire for feeding some pretty regressive talking points to female jobseekers — namely, that women express disproportionate enthusiasm for menial tasks like getting coffee and shrug off sex jokes from co-workers.

An Uber-bad PR move. Emil Michael, a senior executive for the embattled taxi app Uber, has issued a public apology for some Big Brother-esque comments he made at a dinner party last week. (He allegedly threatened to investigate the personal details of media members that openly criticize the company — and Michael used to do business with the Pentagon, so you know he knows things.)

Back(space) problems. Texting is really bad for your spine — so bad, in fact, that simply tilting your head downwards to check your Twitter feed places the equivalent of 60 pounds of force on your neck. But who cares? New emojis!

Ayn Rand: Faux feminist. Despite having openly declared herself to be a bit of a “male chauvinist” and hostile to the idea of a female president, the outspoken (and long-deceased) Objectivist author is being hailed online as something of a progressive feminist heroine.

Robot bartenders. Royal Caribbean’s new cruise ship, Quantum, will make its maiden voyage this week, with robot bartenders, bumper cars, and a skydiving simulator on board. Who needs a vacation?

“In high school, we said you could either have cupcake or water drop boobs. Mine are the latter.” – The Cut asked 57 New York women, aged 17 to 72, for their opinions on (and a mock drawing of) their breasts.