The Word: On the Supreme Court, Jodi Picoult, and Tofurky 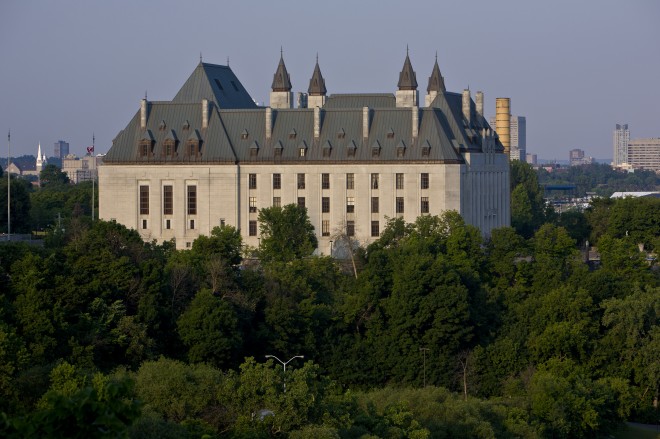 Suzanne Côté for Supreme Court justice. One of Canada’s most experienced civil litigators has been appointed to the Supreme Court, marking the first time a female Justice has been selected directly from a private practice. Côté was the erstwhile head of Montreal firm Osler, Hoskin & Harcourt LLP, and is the seventh Supreme Court justice appointed by Prime Minister Harper since 2006. (She’s replacing Justice Louis LeBel, who vacates his seat on Sunday.) Harper said Thursday that Côté’s appointment “is the result of broad consultations with prominent members of the Quebec legal community, and we believe she will be a valued addition to Canada’s highest court.”

Medical suppliers. The Canadian government announced Thursday that it will be deploying 40 medically trained military and support staff to Sierra Leone to treat healthcare workers who have contracted Ebola. Initially the government was reluctant to send aid workers to the West African country without a guarantee of their return (in the event they contracted the disease). Health Minister Rona Ambrose has also announced the launch of a campaign to recruit medical staff to the Canadian Red Cross, as well as $20.9 million in funding for various humanitarian organizations.

Black Death 2.0. A resurgence of the bubonic plague has killed almost 40 people in Madagascar. Antibiotic resistance has been implicated as one cause of its spread.

Vindication: “Chip brain” is a real thing. A study presented at an American Heart Association conference last week claims that a diet high in trans fats can contribute to memory problems.

Bear necessities. If climate change projections are correct, polar bears inhabiting Canada’s Arctic islands could be facing total “starvation and reproductive failure” within the next 85 years.

“Bitchin’” is how Avatar director James Cameron described the soon-to-be franchise’s next three instalments—the first of which is due out on Christmas Day 2016.