The Word: On the Pan Am Games, email stress, and Keira Knightley

Pan Am organizers reimburse taxpayers for a wackload of expenses, stop hitting refresh on your inbox, and bump watch begins for the British beauty. 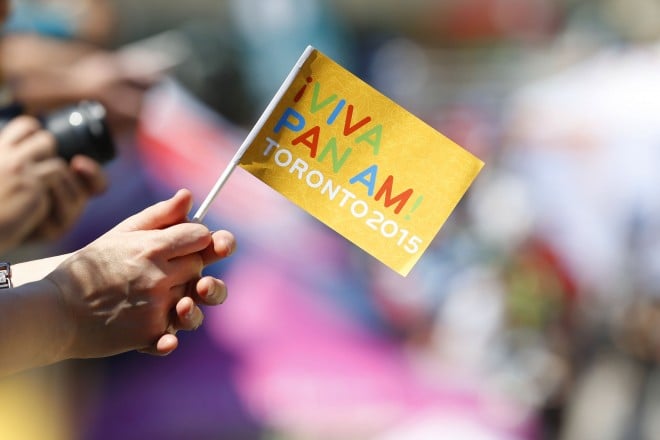 Expensive taste. Wine, parking tickets, and dress shirts are just a few of the items written off by the organizers of next summer’s Pan Am Games. In a 5,000 page document released Friday, five year’s worth of expenses were revealed, including snacks, coffee, sports tickets, and cash advances on government credit cards—all charged to taxpayers. The funds have since been reimbursed.

Waving flags. The federal government made a special exception for anti-abortion protestors to plant 100,000 flags on Parliament Hill last October. The flags—blue for boys and pink for girls—represented the number of fetuses terminated through abortion each year in Canada. An internal RCMP assessment of the Oct. 2 protest deemed it “against usual practice”—displays are usually only allowed along the main walkway between the Centennial Flame and the Peace Tower, and there are rules against affixing any structures to the ground.

The planes! The planes! A computer glitch at the U.K.’s National Air Traffic Control Service temporarily closed the airspace over Heathrow Airport on Friday. Flights out of Europe’s busiest airport were grounded for the better part of an hour as tech experts fixed the issue. (Considering Heathrow manages 1,300 flights per day, this was no small error.)

Inbox message. Limiting yourself to just three email checks a day will render you much less stressed than the rest of us compulsive refreshers.

Nut rage. Korean Air exec Cho Hyun-ah apologized Friday after she threw a pretty monster fit—like, delayed a flight—over receiving her complimentary in-flight snack in a bag instead of on a plate.

‘Tis the season to be tacky. You know those semi-ironic jingle-jangle-y knit holiday sweaters that everyone loves to hate (but really just loves)? They are a big sales draw.

Bey movie. Just shy of a year after the surprise release of her visual album Beyoncé, the ***Flawless singer unveiled  “Yours and Mine”—a 14-minute documentary containing profound Beyisms on everything from public scrunity to feminism.

Don’t drink and sail, folks: Members of the Royal Canadian Navy are no longer allowed to consume alcohol aboard ships unless the vessels are docked—or it’s barbecue season. Apparently some drunken misconduct occurred during an exercise in San Diego last July.

“Paradise is open to all of God’s creatures.” Heaven: now accepting dogs.