The Word: On the flu, Twitter trolls, and Tilda Swinton

Flu face masks are not optional in B.C., social media cracks down on harassment, and GQ's wacky Woman of the Year. 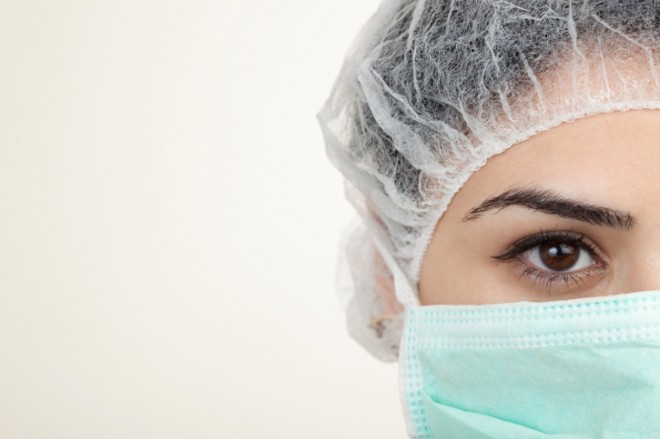 Masking the problem. Today is the last day for B.C. health workers to get the flu shot (or wear a mask) in order to be permitted to work with patients. Those opposed to the mandatory policy have argued that wearing a mask could interfere with patient care, and that proper handwashing should be sufficient in staving off the seasonal germs.

Sympathy pains. A maternity hospital in eastern China has launched a labour-simulation course for expectant fathers. (One brave participant said it “felt like [his] heart and lungs were being ripped apart.”)

Gender wars. Mean boys might actually be more common than mean girls, according to researchers at the University of Georgia. At every grade level, young boys were more prone to using “relational aggression” to manipulate their peers.

Poor diet. Food prices are expected to increase markedly in 2015—the costs of meat, fish, and veggies will go up by three to five per cent, while grain prices will max out at two per cent. We knew our all-carb diets were good for something!

Trolls beware. Twitter has announced plans to streamline its harassment-reporting processes, thereby making it easier for users to flag (and block) online abuse.

Fair play. The Canadian Olympic Committee has partnered with two high-profile anti-homophobia groups (You Can Play and Egale Canada) to support the needs of its LGBTQ athletes.

Tilda Swinton is GQ’s Woman of the Year; enjoys haggis.

Scientists at MIT built a robot modeled after the fastest land animal on Earth. One day, their metallic cat may contribute to advances in wearable technologies, prosthetics, and (quite fittingly) all-terrain vehicles.

“At the very end, all my daughter had was her voice, was her identity, and they’re trying to silence that.” The father of the victim in a high-profile Canadian child-pornography case spoke out against publication bans, the justice system, and the state of sex education as part of Project 97.