The Word: On the AirAsia crash, Netflix, and selfie class 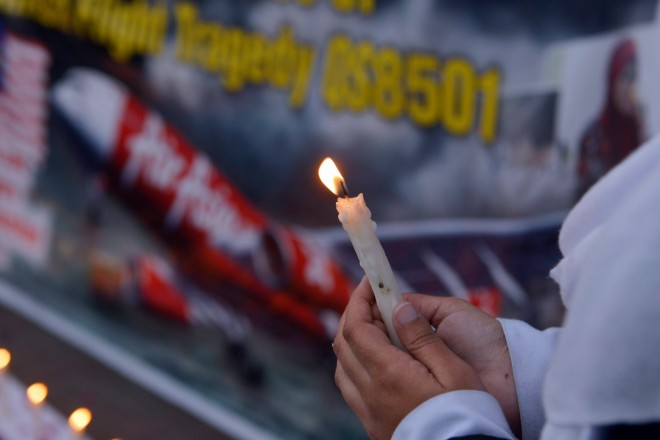 Frigid weather sabotaged AirAsia flight. A new report by the Indonesian weather office suggests that icy conditions may be to blame for downing AirAsia flight 8501 on Dec. 28. According to The Globe and Mail, “in the right conditions, the core of a jet engine that normally operates at 1,600 degrees Celsius can be so badly frozen it slows, or shuts down altogether.” (The AirAsia jetliner encountered a powerful storm before losing contact with air-traffic control.) Indonesian Navy commander Yayan Sofyan also said Monday that search crews have likely located what appears to be the aircraft’s tail, which is where the black boxes are located. So far, 37 bodies have been recovered from the crash; 162 people were on board.

Dal dentistry students suspended. Halifax’s Dalhousie University has suspended 13 dentistry students from clinical internships over misogynistic comments allegedly posted on a “Class of DDS Gentlemen” Facebook page last year. Dentistry Dean Thomas Boran said that the graphic posts “rocked the administration,” with rallies and public outcry demanding a probe into the school’s handling of the online offences. University president Richard Florizone said the University decided to suspend the students on Dec. 22, but chose to postpone announcing the punishment to the public over reports that several of the male students may harm themselves. Dalhousie administration will decide in the coming days whether fourth-year dentistry classes will resume next week.

“Social jet lag.” That’s the term British scientists have allocated to the mess of caffeine and oppressive sadness that is your brain upon returning to work after the Christmas season. Experts say our willy-nilly holiday sleep schedules contribute to a seriously jarring wake-up call for our body clock once January rolls around. Symptoms of social jet lag aren’t unlike what we experience after travelling—malaise, daytime sluggishness, and irritability—except they’re brought on by one too many nog-filled nights, not a transatlantic flight.

Cell roulette. Random mutations may play a larger role in the development of cancer than genetic and environmental factors.

Watch your debt. Financial analysts predict that the Bank of Canada will raise interest rates on loans, lines of credit, and variable-rate mortgages in the coming year.

Mark’s picks. Facebook wunderkind Mark Zuckerberg has resolved to start a pseudo–book club in time for the new year. CEOs: they’re just like us.

Good news, darlings. An Absolutely Fabulous movie is in the works.

The brooch is back. We’ll pretend this doesn’t perfectly coincide with the premiere of Downton Abbey’s fifth season.

City Lit, a continuing-education college, now offers a photography class called “The Art of Self-Portraiture.” Lesson one: The importance of a good filter.

“Chill. At least Trig didn’t eat the dog.” Sarah Palin responded to PETA’s outrage over a Facebook photo of her son using the family pooch as a step stool.