The Word: On Sydney, Prince George, and Miss World

An end to the hostage situation down under, the littlest monarch mugs for the holidays, and South Africa's crowning glory. 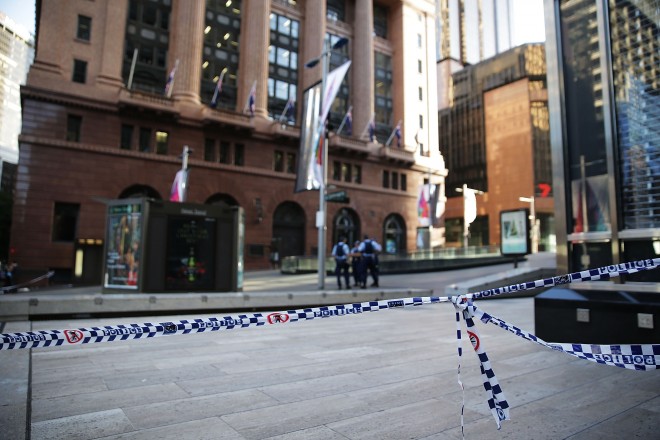 Sydney shuts down. A 16-hour hostage situation in Sydney’s Lindt Café ended in the deaths of two civilians and a lone gunman, police said Tuesday (Australian time). The city’s downtown core was evacuated on Monday night as reports surfaced of a man holding café patrons at gun point. CBC reports that, throughout the day, hostages appeared at the window “holding up a black flag with the Shahada, or Islamic declaration of faith.” Police later raided the space after hearing gunshots inside. Australian Prime Minister Tony Abbott said Tuesday that the gunman, identified as 50-year-old Man Haron Monis, was known to authorities, and had a “long history of violent crime, infatuation with extremism and mental instability.”

See ya, Santa. Denmark will now vie with Canada, Russia, Norway, and the United States for official claim to the North Pole (and all of the area’s natural resources). Each of the countries occupy territory in close proximity to the Arctic mass, and the land dispute arises from their increasing interests in the Pole’s oil and shipping potential as the polar ice cap melts. Denmark’s Foreign Minister Martin Lidegaard announced plans to deliver the country’s claim on Monday to a United Nations panel that will eventually decide the rightful owner of Kris Kringle’s former domain.

Hitting the roof. Canada’s cost of living continues to skyrocket, according to recent figures released by the Canadian Real Estate Association. The average selling price of Canadian homes hit $413,000 in November—a 12-month high. Experts suggest, however, that hot market activity in urban centres like Vancouver and Toronto is skewing the data. (When those two cities are removed, the average sinks to just $331,743.)

A chatty Cathy is a healthy Cathy. Extroversion has been linked to greater immunity against disease.

Grey days. Angalifu, a 44-year-old northern white rhinoceros, died of old age Sunday at the San Diego Zoo. There are now just five of the species left in the world.

Student loans. New York teen Mohammed Islam was recently profiled in New York magazine amid rumours that the high school junior had banked $72 million from stock trading. The source of Islam’s alleged Wall Street wealth has now come under scrutiny, but the magazine claims to have seen bank statements that show Islam is worth eight figures.

Culture is Merriam-Webster’s word of the year. (This definitely beats vape.)

The little prints. Christmas photos of Prince George have been released, proving that knee socks and jaunty sweater vests are best left to tiny monarchs.

Crowning glory. About a billion viewers tuned in Sunday as South Africa’s Rolene Strauss was awarded the title (and head-bling) of Miss World 2014.

“You could say hers was the wedding of the year, but let’s put it into perspective, it was really one of the greatest achievements in human history.” Amal Alamuddin is Barbara Walter’s pick for this year’s most fascinating person (by marriage).