The Word: On Sir John A. MacDonald, the Nordic diet, and the Golden Globes 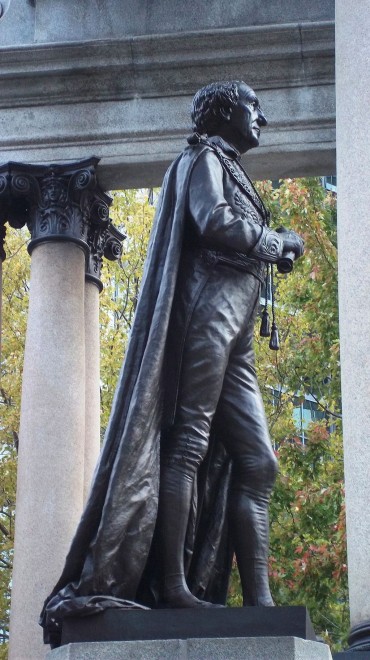 Happy 200th birthday, Sir John A. Sunday marks the bicentennial birthday of our first prime minister, an occasion so special that our 22nd PM—that’s Stephen Harper—penned a reflection on his life for Canada.com. Harper wrote that MacDonald “cultivated a reputation as a man who, while others philosophized, got things done,” calling him “pragmatic” and “someone of great vision and foresight.” (It also doesn’t hurt that he looks damn good on a 10-dollar bill.)

The search is over. Three suspects implicated in the brutal shooting at Charlie Hebdo’s Paris HQ on Wednesday have been killed by French police after a frantic 54-hour manhunt. (One was located in a French grocery store on the outskirts of Paris, having taken 16 hostages, four of whom are now dead; the other two were found in a printing warehouse 40 kilometres north of the capital.) When the suspects spoke with negotiators during the stand-off Friday morning, they declared their intent to “die as martyrs.”

Off the air. Global News anchor Leslie Roberts has been suspended by his long-time network after it came to light that he is part-owner of Toronto public-relations firm Buzz PR. (This is a pretty major conflict of interest as Global regularly featured Buzz clients as guests on Roberts’ show.) The newscaster told the Toronto Star he planned to resign from Buzz effective “immediately,” while Global plans to conduct its own investigation.

Go home, beans and berries. Eating antioxidant-rich foods may not prolong our lives after all.

And speaking of foods that have fallen out of favour with the scientific community… The new diet du jour hails from Scandinavia, replacing the oily, fishy staples of the once-revered Mediterranean.

Don’t get too excited: According to French scientists, what we think is female ejaculate might actually just be pee.

Cut to the core. The Canadian Food Inspection Agency has alerted consumers to a recall of American-picked Gala and Granny Smith apples that may be contaminated with listeria.

Driving forces. Falling oil prices could save Canadians around $1,500 in gas costs this year.

The apocalypse will be televised. When the world ends, this will be the last video clip CNN ever plays.

Be still, our guitar-plucking, black and white–wearing hearts. First Joan, and now Joni: the inimitable Canadian folk legend is the new face of Saint Laurent.

The Canadian Museum of History just bought the world’s oldest hockey stick for $300,000.