The Word: On Rinelle Harper, Bumble, and celebrity aliases 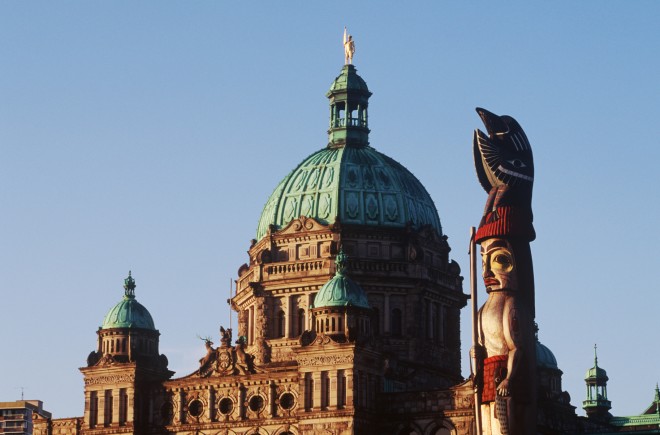 Rinelle Harper. The 16-year-old First Nations teen (who was brutally beaten and abandoned near the Assiniboine River last month) has voiced support for a national inquiry into missing and murdered aboriginal women in Canada. Harper was met with a standing ovation from over 3,000 delegates in attendance at this week’s Assembly of First Nations in Winnipeg. (The purpose of the conference is to elect a new national chief, and to discuss issues like child welfare and education.) Harper, a student at Winnipeg’s Southeast Collegiate, addressed the crowd in the hopes of “ending violence against young women.”

Questionable methods. On Tuesday, the United States Senate released a 500-page report on “enhanced interrogation” tactics employed by the CIA to glean information from terrorism suspects following 9/11. The results are gruesome: According to the internal investigation, which was conducted from 2002 to 2006, detainees were regularly subjected to inhumane conditions, like sleep deprivation, physical abuse, isolation and confinement. In response, the CIA has issued a statement, saying the report only tells “part of the story.”

Price parity. The federal government is looking to close the gap between U.S. and Canadian prices for identical goods. The Price Transparency Act, tabled today in Ottawa, will “name and shame” companies that charge Canadians 10 to 25 per cent more for similar products sold cheaper in the States. Legitimate reasons for the cost discrepancy exist (read: international tariffs), but the Senate is hopeful that any retailers engaging in unfair price-gouging practices get the message with the introduction of the new legislation.

Needle point. No, vaccinating teen girls against HPV does not contribute to sexual promiscuity.

Dying of embarrassment? Getting rejected doesn’t just make your cheeks blush—it can slow down your heart, too.

Modern love. Looking to take the creepery out of online dating, former Tinder exec Whitney Wolfe has released Bumble, a new matchmaking app that allows only women to make the first move.

S is for sexism. In a recent study by researchers at North Carolina State University, students gave their online-course instructors more favourable evaluations when they thought they were male.

Prime-time president. Barack Obama stopped by The Colbert Report on Monday night to deliver a few zingers about immigration reform, Obamacare, and the Democrats’ cringeworthy showing in this fall’s midterm elections.

The recent Sony hack has revealed the preferred nicknames of some of Hollywood’s most doggedly pursued stars. Some of the funnier ones include “Johnny Madrid” (Tom Hanks), “Cash Money” (Jessica Alba), and “Nazzo Good” (Rob Schneider, of course).

“The Beast is gonna beat you.” The sassiest-ever little girl visited Disney World recently and administered an amazing takedown of Gaston’s misogynist nonsense.