The Word: On Pope Francis, ibuprofen, and Joe Cocker

The pope delivers a scathing indictment of Vatican clergy members during his Christmas address, one pain pill a day may keep the doctor away (for good), and sad news for a British bluesman. 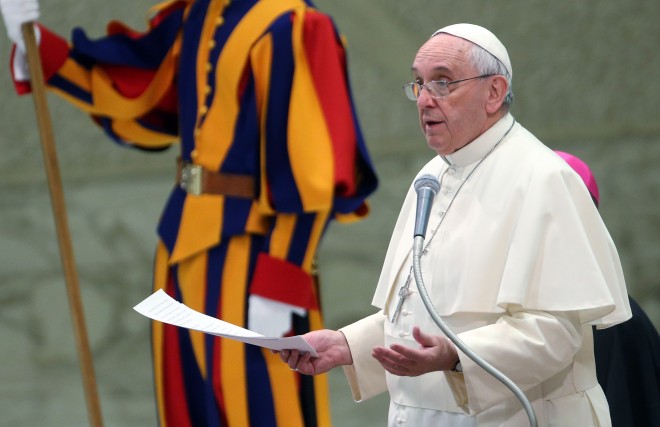 Not-so-Christmas-y spirit. Pope Francis delivered the annual Christmas address to the Vatican, and let’s just say it wasn’t exactly brimming with good tidings. The Catholic figurehead accused clergy members of suffering from a kind of “spiritual Alzheimer’s,” condemning a perceived thirst for power (rather than piety) among his holy colleagues. The Pontiff also spoke of the “terrorism of gossip,” temptation, and “progressive spiritual emptiness” permeating the Vatican’s ranks, so it’s safe to say no one was celebrating over hot toddies after the speech.

Police brutality. On Monday, New York City Mayor Bill de Blasio called for a temporary halt to law enforcement–related protests until after the funerals of two NYPD officers who were shot and killed Saturday night. (Officers Wenjian Liu and Rafael Ramos were gunned down in their patrol car in Brooklyn’s Bedford-Stuyvesant neighbourhood. The accused later committed suicide.) In a speech delivered at the Police Athletic League in Manhattan, de Blasio underscored the need to support the officers’ families in spite of the strained police-civilian relations that followed the Eric Garner ruling in early December.

No pain, no gain. If a new study out of Texas A&M University is to be believed, regular use of ibuprofen could tack more than 10 years onto our lives (in addition to minimizing our hangovers).

Smoke them out. Marijuana is the drug most frequently found in urine tests commissioned by the Canadian Forces, but cocaine use is on the rise.

The future is now. The prevalence of wearable tech and virtual-reality headsets is set to skyrocket through 2015. But the real question is: where are the hovercrafts?

And now for the swimsuit portion of the evening… Whoops, never mind. The controversial segment has finally been scrapped by Miss World organizers.

Ready your Manolos and martinis. Sarah Jessica Parker is reportedly in talks to star  in a new divorce comedy produced by HBO.

Singing the blues. British musician Joe Cocker has died after a long battle with cancer.

A hotel in Reykjavik has pulled a vodka-based cocktail from its menu after finding out the drink shares its name with a horrific system of racial segregation.

“Children make noise. That’s what they do.” Montreal mom Melanie Atcovitch was booted from her husband’s citizenship ceremony over her babbling baby.