The Word: On Orion, the Grammys, and business tiaras

Another NASA spacecraft takes flight, this year's contenders for music's biggest honour, and how to feel like a princess at work 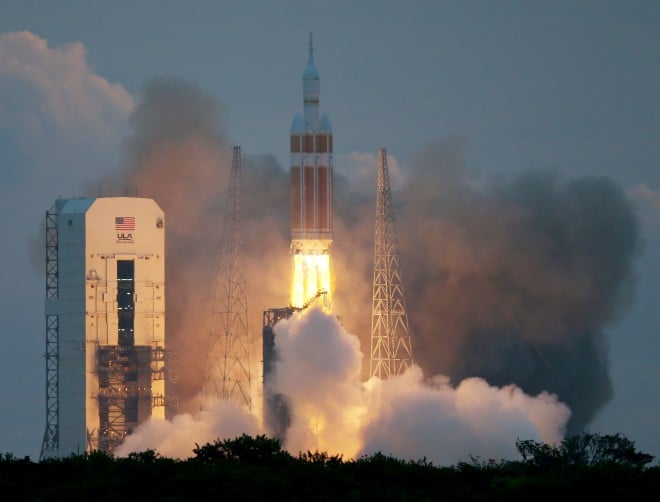 Mars voyager. NASA’s new Orion spacecraft took a short, flawless field trip into space today, laying the groundwork for the little-shuttle-that-could to eventually make its way to Mars. NASA Administrator Charles Bolden Jr. called Orion the “star of the day,” and said the trip into orbit marked “Day One of the Mars era.” In just four-and-a-half hours, the unmanned Orion took two laps around Earth, and reached a peak altitude of 5,800 kilometres before splashing down in the Pacific this afternoon. But before everyone starts lining up for a trek to the red planet, you should know that NASA astronauts won’t be boarding Orion for until roughly 2021.

Market watch. StatsCan reports that Canada lost more than 10,000 jobs in November, bumping the national unemployment rate up to 6.6 per cent. Experts say that while 5,000 full-time jobs were actually added last month, 16,000 part-time positions were eliminated, ending a two-month streak of country-wide job creation. Service sector jobs took the biggest hit, followed by retail. (The loonie also dropped to its lowest U.S. exchange rate since July 2009 this week, so TGIF, everyone. TGIF.)

Life or death. According to a study by Toronto’s Centre for Mental Health and Addiction, more than 230,000 adults in Ontario contemplated suicide in 2013 alone. The young-adult cohort (aged 18 to 29) saw the biggest increase.

Cat scratch fever. An investigation by CBC Marketplace found that more than 2,000 pets have died from exposure to pesticides in common flea treatments since 2008. The chemicals may also be harmful to small children.

Everything must go. Dutch fashion chain Mexx—which has 95 stores across Canada—declared bankruptcy on Thursday.

Music to our ears. The Grammy nominations were released today. Industry vets like Taylor Swift and Sia will square off against newcomers Sam Smith, Hozier, and Meghan “All About That Bass” Trainor for Song of the Year.

Send for the asteroid: duck face is now in the Oxford English Dictionary.

On Mensch on a Bench:

The Jewish answer to Elf on the Shelf. Rather than keeping tabs on kids’ naughty (or nice) behaviours—and generally scaring the crap out of everyone—the mini-Mensch holds a Shamash candle, which families with well-behaved kids can use to light their Menorahs during Hanukkah.

“Are tiaras the new power scrunchies?” Perhaps, according to The New York Times. Nothing says “I’m the boss” like a spangled headpiece.