The Word: On maple syrup, the mumps, and Hanukkah

Canada cracks down on syrupy impostors, a nasty infection hits the NHL hard, and bust out your menorahs—the Festival of Lights starts tonight. 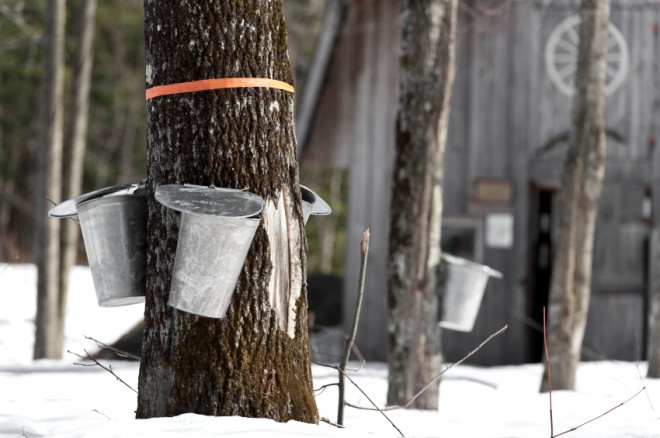 Peshawar under siege. Taliban gunmen stormed a military-run school in Peshawar, Pakistan on Tuesday, killing 145 teachers and schoolchildren. All nine of the assailants were killed by local army forces. A spokesman for the Pakistani Taliban assumed responsibility, claiming the attack was intended as retaliation for military pushback against the group in the region of North Waziristan. The Army Public School and Degree College had approximately 2,500 pupils—boys and girls. Recent Nobel Peace Prize winner (and Pakistan native) Malala Yousafzai, who herself was gunned down by Taliban forces in 2012, condemned the violence, saying, “Innocent children in their school have no place in horror such as this.”

Dentistry and misogyny at Dalhousie. Halifax’s Dalhousie University has postponed exams—and is threatening expulsion—for fourth-year dentistry students allegedly responsible for posting sexually explicit and misogynistic comments in a faculty Facebook group called “Class of DDS 2015 Gentlemen.” Before the page was deleted last week, comments on the group’s wall named female students they’d like to have “hate sex” with, discussed using chloroform on women, and deemed “chefs, housekeepers, [and] babysitters” to be “productive” female vocations. University president Richard Florizone said Tuesday that the posts were “entirely unacceptable,” promising decisive action with respect to the students’ punishments by Friday.

Maple matters. Watch your back, Aunt Jemima. Food inspection agencies across North America will soon introduce rules intended to weed out maple-syrup impostors. Canada is the world’s largest producer of the sugary stuff—we pump out about 80 per cent—with the U.S. handling the rest. New labels issued by the Canadian Food Inspection Agency would ensure that consumers are aware of which “class” of syrup they’re pouring over their pancakes, and code each bottle with “flavour descriptors.” In related news, an International Maple Syrup Institute actually exists.

You’re only as old as you feel (for real). A recent study out of University College London suggests feeling young may help you live longer. Point for immaturity!

Unsavoury options. Dishes served by Canadian food chains are still way too salty despite efforts to regulate sodium levels within the restaurant industry.

Gas money. Retail experts suggest Canadians will pump their savings into holiday gifts rather than their SUVs this season, thanks to ever-falling oil prices.

Seal the changerooms. Hockey wunderkind Sidney Crosby is the 13th NHL player to be sidelined with the mumps in a matter of weeks.

Greatest hits. Joan Jett, Ringo Starr, Lou Reed and other musical legends will be inducted into the Rock and Roll Hall of Fame next April.

She found style in a clothesless place. Rihanna just signed a “multi-year partnership” with Puma to oversee the brand’s womenswear and shoe collections.

The Festival of Lights starts tonight! We’ve got a latke recipe for that.

“He is the man you thought you knew.” Camille Cosby has finally released a contentious statement on the recent assault allegations against her husband.