The Word: On Malala Yousafzai, ketamine, and the SAG awards 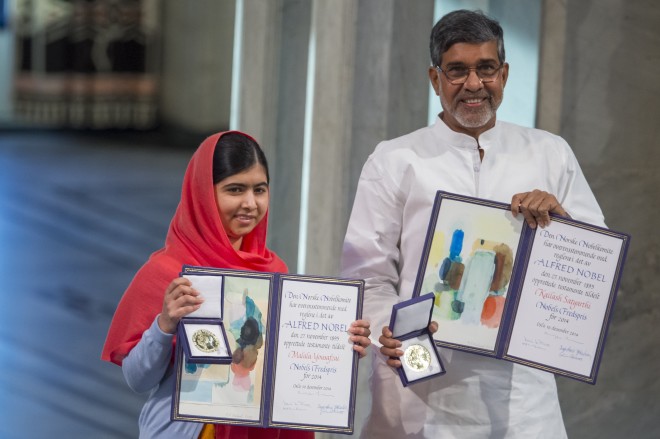 Malala’s day. On Wednesday, Malala Yousafzai became the youngest Nobel Peace Prize laureate in history, accepting the honour in Oslo, along with co-recipient Kailash Satyarthi—an Indian children’s rights activist. At just 14 years of age, Yousafzai gained worldwide attention after she was gunned down by Taliban extremists in 2012 in Pakistan simply for attending school. Since then, the 17-year-old has become a vocal supporter of children’s access to education. “I had two options,” Yousafzai said Wednesday. “One was to remain silent and wait to be killed. And the second was to speak up and then be killed. I chose the second one.”

Code of conduct. A new harassment-prevention policy has been approved for use on Parliament Hill by the non-partisan Board of Internal Economy. On Wednesday, House of Commons Speaker Andrew Scheer explained that the new regulations build on existing harassment guidelines, adding extra provisions for filing complaints, conducting investigations, and clarifying the “rights and obligations of both complainants and respondents.” The new rules will apply to both MPs and other political staff.

Time to shine. Time magazine pluralized its Person of the Year honour this year. On Wednesday, the publication awarded its annual accolade to Ebola-fighting medical personnel with for their “tireless acts of courage and mercy.” (The 2014 outbreak has killed over 7,000 people in West Africa.) Said editor Nancy Gibbs, “Doctors who wouldn’t quit even as their colleagues fell ill and died; nurses comforting patients while standing in slurries of mud, vomit and feces…. The rest of the world can sleep at night because a group of men and women are willing to stand and fight.”

Special K. The hallucinogenic party drug Ketamine is being tested as a treatment for depression in patients that don’t favourably respond to more established SSRIs, like Prozac.

Work perks. Company-rating website Glassdoor has released its annual list of the best places to work in the U.S. and U.K. Google cinched the top spot, but Twitter didn’t even break the top 50. #wuhoh

SAG season. The 2015 Screen Actors Guild Award nominations are out! Some nice surprises on the list include first-time noms for Jennifer Aniston’s dramatic turn in the indie drama Cake and Orphan Black’s skilled shapeshifter Tatiana Maslany.

On the Van Cats: