The Word: On holiday travel, baby weight, and LOLs

Airport season is upon us, your belly may give away whether you're having a boy or a girl, and why French linguists do not care for your modern acronyms. 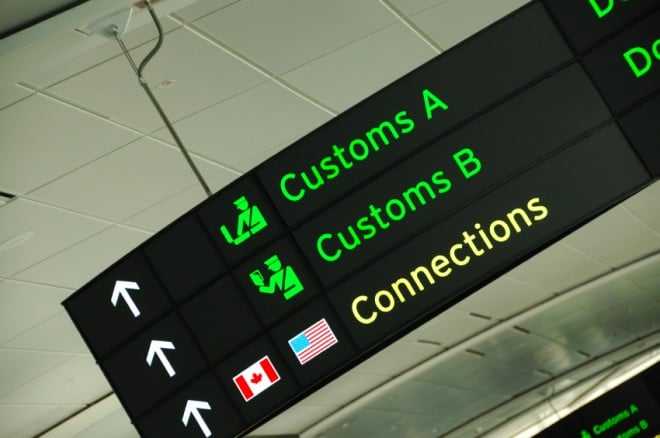 Movie madness. The FBI has definitively linked the government of North Korea to the recent devastating leak of private corporate documents from Sony. In a statement released Friday, FBI officials expressed concern over “the destructive nature of this attack on a private-sector entity and the ordinary citizens who worked there.” President Barack Obama also commented on the hack in a Friday afternoon press conference, saying, “We cannot have a society in which some dictator someplace can start imposing censorship in the United States.” He went on to confirm that the United States would “respond proportionately and in a space, time and manner that [we] choose.”

Nightmare before Christmas. Don’t let the cutesy name fool you—a significant weather system, dubbed the “Santabomb” on social media, is set to wallop the northeastern United States and Southern Ontario with precipitation, just in time for Christmas Eve. (Fun fact: The “bomb” in “Santabomb” is an ominous-sounding meteorological term indicating “a rapidly deepening low pressure system.”) Environment Canada is tracking the system’s movement, but its weather experts still aren’t sure whether “Santa” will materialize as snow, rain, or some abominable combo of the two. In any case, it won’t be anywhere near as severe as last year’s ice-storm fiasco. So will it be a white Christmas? We’ll just have to see when the bomb drops next Wednesday.

Fasten your seat belts. The Friday before Christmas is considered one of the busiest days of the year for air travel, but reps at Toronto’s Pearson Airport report that things went considerably smoother than expected this time around. On an average day, Pearson processes more than 100,000 passengers, and anticipated a 20 per cent increase as this weekend drew nearer. (A total of about two million people are expected to fly through Pearson in the three weeks before and during Christmas.) The next busiest airports in Canada—in Vancouver, Montreal, and Calgary—are also budgeting for increased air traffic, but no major delays have been reported so far. As usual, airport officials recommend travellers arrive well ahead of their departure times and pack any wrapped gifts in their checked baggage.

Gene pool. New research out of the University of Toronto has linked miniscule gene fragments called microexons to modified brain development in autism.

Baby weight. Will it be a boy or a girl? How many pounds you pack on during pregnancy might give away your forthcoming kid’s gender.

Make under. Cosmetic giant Revlon announced Thursday that it plans to remove toxic parabens and DMDM hydantoin (a formaldehyde-producing chemical) from its products after a petition was circulated and signed by over 100,000 customers.

You go, Hermione! Emma Watson has been named “Feminist Celebrity of the Year.” (Beyoncétook fourth place.)

Up to there. Elle magazine has declared 2015 to be the “Year of the Vadjacent.” (For the uninitiated, that’s an insanely risqué thigh-high dress slit.)

Police in Marseille tasered a North African macaque after it attacked local children for their chocolatey snacks. (The good news is he’s been turned over to a zoo—hopefully one that has a vending machine.)

“The Académie française recommends indeed the use of developed expressions instead of initials [and] abbreviations when equivalents exist.” France is not amused by your LOLs.