The Word: On food waste, IUDs, and J.Crew

Canadians aren't so good with leftovers, the birth-control pill has competition, and a major fashion conglomerate hires pint-sized help. 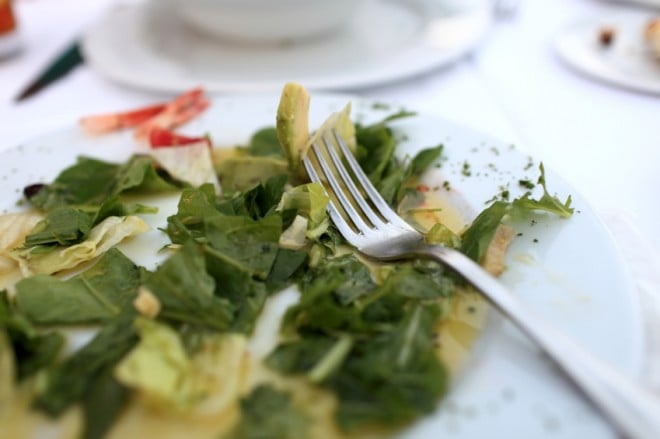 $31 billion. That’s the estimated cost of how much food Canadians waste every year according to consulting firm Value Chain Management International. That figure also doesn’t account for the trashed leftovers from institutions like jails, hospitals and schools, so the damage is probably much higher than reported. (For reference, $31 billion amounts to two per cent of Canada’s total GDP, so that’s a lot of bread.) And the most egregious squanderers? That’s airlines, cruise ships, and hotels.

Cell check. The Supreme Court of Canada has ruled in favour of allowing police to conduct warrantless cell-phone searches of suspects’ phones following their arrest. The searches are limited, however, in that they must be relevant to the specific circumstances surrounding the suspect’s detainment, or “based on a valid law-enforcement purpose” (like public or police protection). This marks the first time the SCC has ruled on cellphone privacy.

No babies allowed. More and more women are using tiny uterine satellites (IUDs) as their preferred method of birth control, but the pill still reigns supreme.

Full stop. Researchers have developed a new food additive (“Propionate”) that acts as an appetite suppressant and, by extension, may be used in future weight-loss treatments.

Let the sunshine in. University of Toronto researchers are hard at work on SprayLD, a substance that coats surfaces (roofs, airplanes) with solar cells to harness the sun’s energy.

McOverhaul. Execs at Golden Arches HQ have decided to slash McDonald’s menu and experiment with new topping selections in light of sluggish sales.

Wakie, wakie. A new Apple-approved “social alarm clock” allows you to be woken up by mysterious strangers from around the world. Dear, Penthouse…

Your friends can tell when you’re drunk, and the Internet can, too. Facebook is apparently developing software that will prevent you from posting embarrassing drunk selfies.

Paging HBO! Archeologists in Wiltshire, England have uncovered the remains of a massive medieval palace.

“She has such an inventive and creative personality that really resonated with us.” J.Crew hired a new fashion designer. She’s 4.