The Word: On Amanda Lang, Creme Eggs, and Squamish, B.C.

The CBC journalist is accused of an alleged conflict of interest, Cadbury's U.K. contingent tries to pull one over on chocoholics, and Canada's lesser-known tourist draw gets a shout-out in The New York Times. 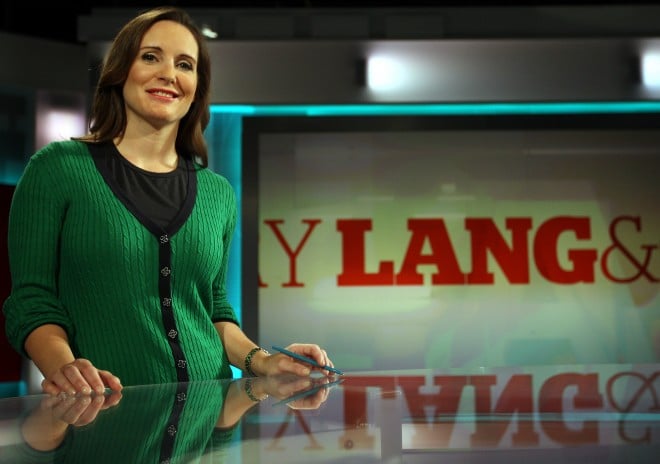 Conflict of interest. It appears CBC’s terrible, horrible, no good, very bad PR year just got worse: The broadcaster’s head of public affairs, Chuck Thompson, took to Twitter on Monday to categorically deny allegations that senior business correspondent Amanda Lang made multiple attempts to squash a story by colleague Kathy Tomlinson about the use of temporary foreign workers by the Royal Bank of Canada. (RBC has funded several of Lang’s public appearances, so you can see why that’s problematic.) The most recent accusations come just a month after CANADALAND reported that Lang had previously accepted money from Manulife and Sun Life in exchange for favourable coverage on her show, The Exchange with Amanda Lang.

In the face of injustice. Toronto illustrator Evan Munday is tweeting one black-and-white drawing for each of Canada’s 1,200 missing and murdered Aboriginal women to Stephen Harper’s Twitter account (@pmharper) on a daily basis. Munday’s artistic activism comes in response to what he calls Harper’s “glib non-answer” to a question by CBC’s Peter Mansbridge during a year-end sit-down with the network. (The prime minister rejected calls for a government-led investigation, saying it is not “high on our radar.”) In related news, a report released Monday by the Organization of American States said Canada has “failed to meet its human rights obligations” to the country’s aboriginal women and girls.

Hacked. Twitter and YouTube accounts belonging to the U.S. military’s Central Command were taken over by users claiming ties to ISIS on Monday afternoon. The hackers posted several threatening messages (i.e.: “AMERICAN SOLDIERS, WE ARE COMING, WATCH YOUR BACK), as well as propaganda videos and American military documents. The feeds were taken offline in the ensuing hours, and a spokesman for Centcom said the military was already investigating the data breach.

#plasticproblems. Tiny microfibres used in clothing and cleaning products have surfaced in the Great Lakes.

Look on the bright side. An optimistic attitude is good for your heart (and soul).

Bumpyoncé? Queen Bey may or may not have just announced her pregnancy via an Instagram shot of full-bellied sand sculpture.

Let the political games begin. The trailer for House of Cards’ third season was released on the same night as Kevin Spacey won a Golden Globe for Best Actor in a Drama series.

The New York Times has named the “outdoor recreation capital of Canada” as one of its 52 places to go in 2015.

“You mothers, give your children milk. And even now, if they cry because they are hungry, breastfeed them. Don’t worry.” Cool Pope is a-okay with in-chapel breastfeeding.