The woman who pairs pen pals with prisoners. Any prisoners

Melissa Fazzina runs Canadian Inmates Connect, the matchmaking site that recently came under fire for posting a profile of killer Luka Magnotta. We asked her why she does it. 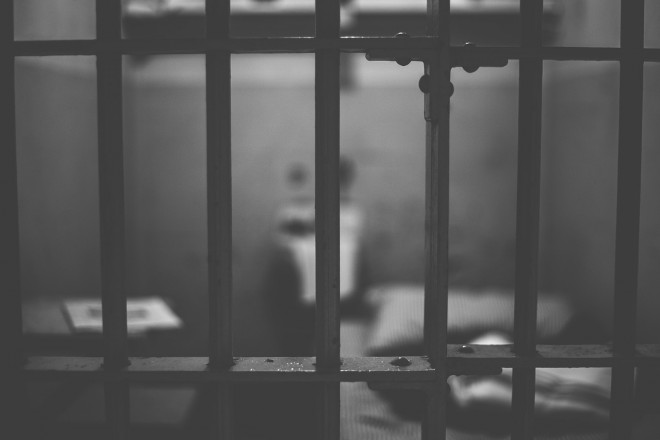 For women sifting through dating profiles, a less-than-ideal height or a proclivity for tattoos can be deal-breakers. But what about a conviction for attempted murder? Welcome to Canadian Inmates Connect, a website created by Melissa Fazzina to pair male and female inmates with pen pals — both platonic and romantic — on the outside. “I’m laidback and easygoing,” reads the current bio of one young man, serving time for armed robbery. Another was searching out a single, fit, white male “who is loyal, preferably educated, financially and emotionally stable for a long-term committed relationship.” That profile belonged to Luka Magnotta, one of the most notorious killers in recent Canadian history, and it was removed earlier this month after the 33-year-old reportedly “found what he was looking for.” Not surprisingly, many have criticized Fazzina, a 38-year-old healthcare worker from Toronto, for allowing Magnotta to make use of the matchmaking site in the first place. We spoke to her about the ethical implications of posting Magnotta’s profile and the upsides of prison pen pals.

You started the site four-and-a-half years ago. Why?
I had seen [prison pen-pal sites] were really big in the U.S. I did some research and found there was nothing like this in Canada. I thought it would be a neat little business to start on the side, to make some extra money while helping inmates connect with pen pals. It’s just become a huge passion for me.

You’ve received a lot of media attention and criticism for allowing Luka Magnotta to submit a profile. What was your rationale?
I agree that Luka Magnotta is notorious; he committed a horrible crime that doesn’t sit well with me. But what it came down to was: this is the business, right? [Communication] is a human right that all of these guys are entitled to. I treated Luka Magnotta like I did everybody else. [Inmates] are equally allowed to join. They’ve lost their freedom to be in society, but they haven’t lost the right to communicate with people who want to communicate with them.

Of course prisoners still have rights. But shouldn’t there be limits?
I’ve thought about it long and hard. I just don’t think it’s right to say certain people deserve communication and others don’t. Like, “Let’s forget people because they’ve killed somebody, but we’ll accept people who are in on drug charges or bank robberies.”

But Magnotta has proven he’s a danger to other people. There is a difference between someone convicted of a non-violent drug charge and a guy who’s murdered and dismembered someone, and is now looking to date.
Absolutely. But you could go join any other dating site, and you don’t have to disclose that you’re in jail or have a criminal record or your current lifestyle. These [inmates] tell you what they’re in jail for; they’re putting it out there. They’ve been judged already. A lot of these guys, I’ve found in getting to know them, they’ve all suffered some kind of childhood trauma, and that’s what led them to where they are today. Not that it justifies what they’ve done, but there’s a reason. Some of these guys are getting out of jail one day, so why not create a positive environment for [them] to come out to, instead of setting them up for failure and not helping with the rehabilitation process?

It’s not explicitly a dating site, but a lot of the profiles seem geared towards romantic relationships.
The inmates that have turned it into whatever they’re looking for — friendship, love, legal help, whatever. A lot of these guys have made friendships, and a lot of have developed relationships that were supposed to be friendships. There’s [only] one woman on there right now, but at one time, I had three or four.

How do you view your role in the setup?
I’m a middleperson allowing people to meet who wouldn’t under any other circumstance. I don’t think I should be held responsible for anything — whether they get married, whether they break up, whether it’s good or bad. I’ve just provided a platform to write letters.

Is there anything that you wouldn’t post?
One individual wrote a profile that was too explicit. I wrote him back to say, “Listen, this is not acceptable, you’ve got to clean it up,” and he did. That’s the only time I’ve ever said, “This is not acceptable.”

Why do you think this service is appealing to people who aren’t incarcerated?
There are people out there that can relate to these guys because this is the lifestyle they grew up with. Some people have had loved ones in jail, and they know how lonely it is and how important it is to have community contact. Pain heals pain. Some people come across the website by fluke, with no interest in inmates or crime, out of pure curiosity. Some people reach out for educational purposes, whether they’re doing some psychology program in school or whatever. [There are also] religious people who try to get inmates into God. There are all sorts out there.

Are there any commonalities between the inmates in terms of what they’re looking for?
When I read the profiles, [what I see] is hope. The profiles are based on the outdoors, like, “I like to go camping, or go for walks or to the movies or to the beach.” It’s an escape for them to picture what life to be like if they were out. And a lot of them want somebody who’s loyal. In prison, loyalty means everything.