In today’s news: someone finally explains Facebook; searching for happiness may make you sad; Japan’s troubled nuclear reactor; the lost city of Atlantis gets found; and mommy bloggers are inadvertent marketers. 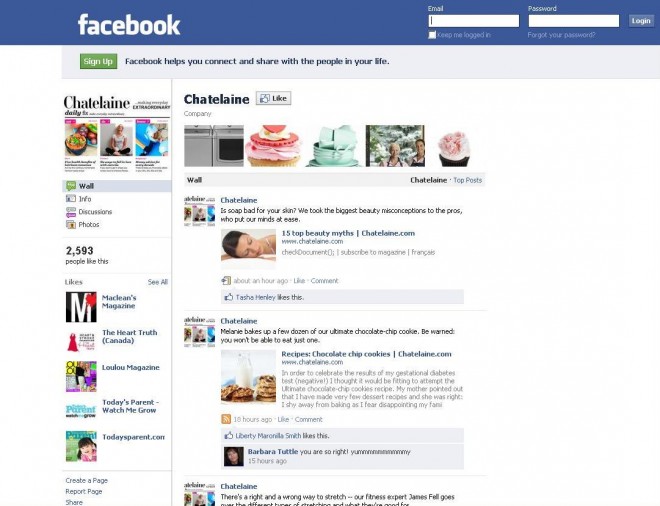 We’re on Facebook, you’re on Facebook, our grandmothers are probably all on Facebook. Now that the social networking site is inextricably intertwined into our daily existence, perhaps it’s time we learned how to properly use it. With that in mind, Gizmodo has created an “Ultimate Guide” to getting the most out of Facebook, with tips on everything from privacy settings to annoying pranks to play on your friends. A world of time wasting awaits.

Is the pursuit of happiness bad for you? A new study seems to indicate yes. Researchers at the University of Wisconsin studied the effects of different attitudes and lifestyles on a person’s overall sense of well-being. They found that those who were intensely focused on achieving happiness through materialism and status were less happy than those who focused on community and the larger meaning in life. It seems that altruistic actions – raising children, helping others – are the real key to happiness, rather than personal achievement and material success.

As rescue and relief efforts continue in Japan, attention has now turned to the Fukushima nuclear plant. The plant has been rocked by three major blasts and is far from under control. There is not enough water available to keep the nuclear core sufficiently cool, and radiation levels as far away as Tokyo, some 250km away, have risen above normal.

Debate about whether the lost city of Atlantis has raged for years – is it a myth or a place that once actually existed? Now, a team of researchers is claiming they may have located the city in the south of Spain. The team used special underground radar to locate what they believe to be the lost city, buried thousands of years ago by an enormous tsunami. Further excavations are being planned.

Are you a mommy blogger? If so, you’re not alone. In 2010, there were upwards of 3.9 million female bloggers with children in the U.S., and advertisers and marketers have been quick to recognize the value of tapping into such a massive and powerful market. Many brands have found subtle ways to work their products into the intense online chatter that occurs within these online mom networks. To find out how Hersheys and other brands are sneakily hawking their wares to moms around the world, click here.