Zunera Ishaq's lawyer weighs in on lingering misconceptions surrounding one of the election's hottest-button issues. 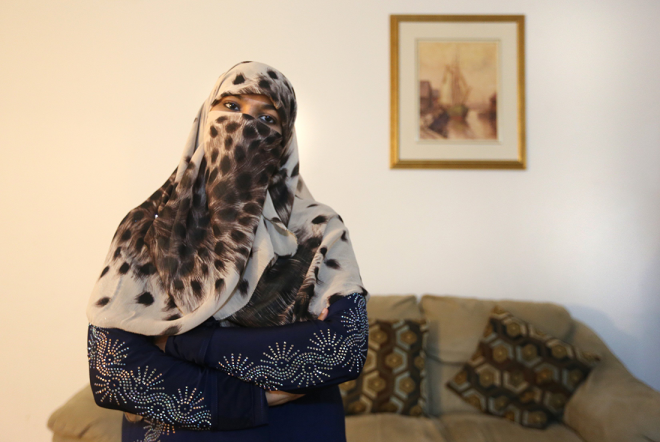 On Monday, the Federal Court of Appeals ruled against a stay that would have prevented Zunera Ishaq from wearing a niqab during her citizenship ceremony this fall. Ishaq’s case has been at the centre of a political firestorm that gained traction relatively late in this year’s election campaign, with some politicians and everyday voters — including our own readers — arguing that the niqab represents an affront to Canadian values. (The Conservative government has pledged to introduce legislation that would force prospective citizens to show their faces while swearing the oath to Canada within the first 100 days of re-election. It is also mulling over a niqab ban for public servants.)

Regardless of where you stand on the issue, a couple of key misunderstandings seem to persist in public discussion on the matter: 1) That niqab-wearing women do not reveal their faces at any point during the citizenship process; and 2) That these unidentified women will breeze through immigration without any security checks. We spoke to Ishaq’s lawyer, Lorne Waldman, for clarification.

Myth #1: Niqab-wearing women are not required to unveil at any point during the citizenship proceedings.

The facts: “Before they go to the [swearing-in] ceremony, every individual meets with a citizenship officer,” Waldman explains. “The officer meets with the person in private to satisfy him or herself that the person [in front of them] is, in fact, the person called in to take the oath. In the case of a woman wearing a niqab, a female officer would meet with them in a private room. The woman would then have to remove her veil to identify herself in front of the officer, [and present] two pieces of identification. The officer would only allow the person to take the oath if they were satisfied in advance that the person is who she says she is. There may be situations where someone isn’t comfortable with a female officer — those accommodations are made as well.”

Myth #2: In wearing a niqab during the citizenship ceremony, these individuals somehow pose a threat to national security.

The facts: Waldman says, “Every person, before they obtain permanent residence and citizenship, needs to pass security checks. In the case of a person applying for citizenship, officials will check with the RCMP and any other government agencies to determine whether the person poses a security threat. If there is any concern, the person would not be granted citizenship.  The screening is done in advance of the citizenship oath ceremony, and only after have they been cleared are they invited to the ceremony.” As well, “by the time a person is called, they’ve gone through extensive screenings to determine that they have no criminal record.”

Niqabs by the numbers

With files from Sarah Boesveld.