The truth about pheromones and their ability to drive men wild

Pheromones, those not-so subtle chemical substances certain species secrete into the atmosphere to affect a member of the same species, have long been thought to trigger a sexual response in men and women. 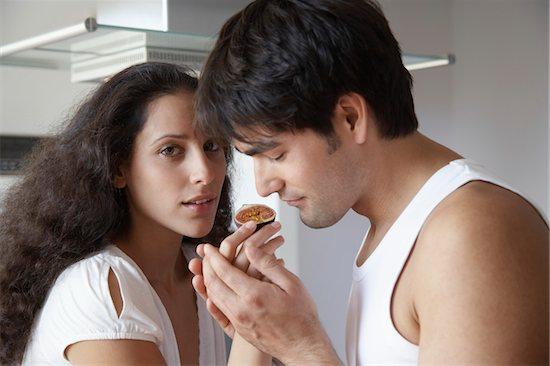 Pheromones, those not-so subtle chemical substances certain species secrete in order to affect a member of the same species, have long been thought to trigger a sexual response in men and women.

For a few years, pheromone talk dominated the discourse of human sexual attraction and behaviour. Women’s magazines took up the sweat-soaked mantle and ran with it, offering gals tips on how to woo a mate using nothing but the scent of their womanhood, a fragrant landscape which includes every area from a woman’s armpits to her genitals.

But a new article on Slate.com casts a more skeptical glare on all that secretion and sexual attraction talk. (Don’t tell me I’m the only one who’s relieved.)

According to writer Randi Hutter Epstein, there’s increasing evidence that the connection between pheromones and human sexual attraction is not only weak scientifically, but there’s even some question as to whether human beings emit pheromones at all.

While it’s clear to scientists that some species emit chemicals to stimulate a sexual response in their mates or would-be mates —rhesus monkeys and silkworms, for example—Epstein says that no “scientific study has ever proven conclusively that mammals have pheromones”.

But that lack of evidence hasn’t stopped humans from putting monkey secretions in our perfumes and a chemical derived from sweat in many of our body care products in order to boost our chances with the opposite sex. (While this may not explain why many women remain single, it certainly explains why I was followed by that pack of roving rhesus monkeys last week.)

Just because we may or may not emit pheromones doesn’t mean humans aren’t affected powerfully by scent, however. Epstein cites a study that found that women who sniffed a pile of sweat men’s T-shirts (lucky girls!) wound up preferring the scent of men who had different immune systems from their own, leading some to conclude that human beings have a natural olfactory sense for finding suitable mates for reproduction.