The Royals And The Middletons: Meeting The In-Laws

When the royal nuptials take place on April 29th, the Queen won’t be losing a son, she’ll be gaining a daughter – and a loyal servant for life. 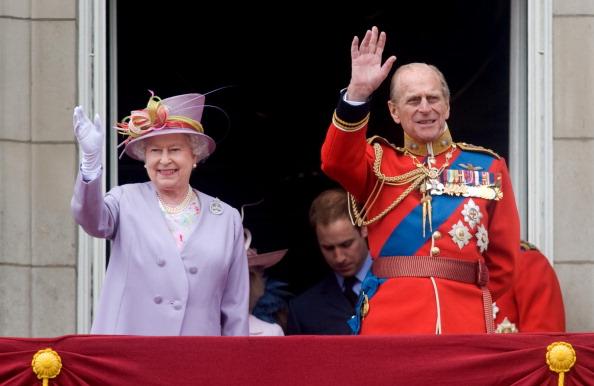 When the royal nuptials take place on April 29th, the Queen won’t be losing a son, she’ll be gaining a daughter – and a loyal servant for life. Upon receiving her royal title (Duchess of Whatsit? Countess of Such-and-such?) Kate Middleton will be officially indoctrinated into The Firm – a historied cult of pomp and power that she will, on certain days, simply think of as “my crazy in-laws.”

After all, isn’t every new bride a tiny bit challenged by her in-laws? The early days of marriage can be wonderful, but fitting in with a whole new family is a feat. I can only imagine this is doubly true if your mother-in-law expects you to curtsey in her presence and refrain from sniggering at her crown and septre.

Of course even the most humble MILs tend to exercise a kind of Divine Right in their own homes – and when the home in question is Buckingham Palace one can only assume this is doubly true.

The British tabs are reporting this week that the Queen is refusing to meet with Kate’s parents, the Middletons, until the day of the wedding. In Britain, this is regarded as a social snub, since the aptly named and sweetly-average-seeming Middletons are successful business owners – but hardly aristocratic. This makes the marriage a controversial one – as least where as far as pre-existing Countesses of Such-and-such and Duchesses of Whatsit are concerned. (Even Diana was the daughter of a Earl).

In reality though, it’s hardly surprising. Why should the Queen, or the Middletons for that matter, be expected to pretend they are old friends just because their grandson and daughter happen to be getting married? The fact is they have little to nothing in common and likely never will – except future grandchildren. And given that it is a royal wedding, strict protocol will dictate almost all the details, leaving little room for cozy discussion about flower arrangements.

This is not to say Kate’s parents have never met with her future in-laws. In fact it was a shooting weekend on the grounds of Balmoral Castle in Scotland that initially tipped off the press that a royal engagement was in the works.

Despite the love between Kate and William, it’s perhaps not surprising a cool distance remains between the in-laws. And let’s face it: There’s nothing abnormal about that.