The Alberta justice has apologized and sworn to change, but judicial bias against women is a much larger problem than one judge and his terrible choice of words. 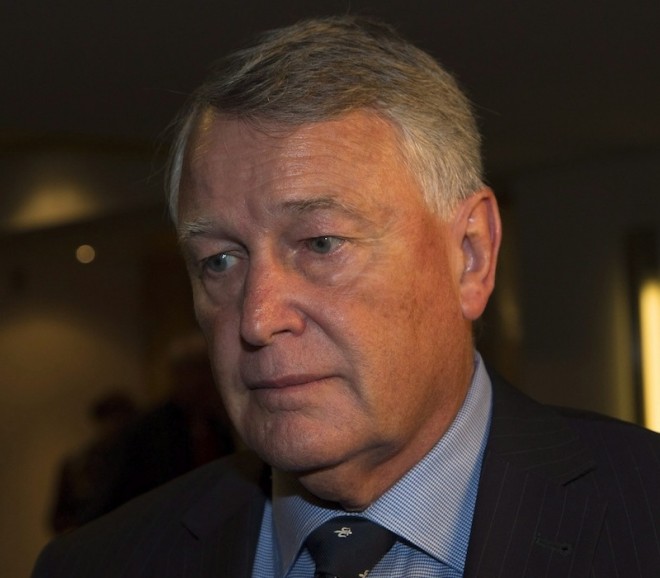 It seems impossible to muster up sympathy for Robin Camp. In 2014, the then-provincial court justice scolded a 19-year-old Cree woman for not preventing her own rape: “Why couldn’t you just keep your knees together?” he asked her during a sexual assault trial in Alberta. The woman had been attacked in a bathroom at a house party by an older man nearly twice her size.

Camp has since been suspended from his current role as a federal court justice and is presently facing a public inquiry by the Canadian Judicial Council to determine whether he should be removed from his position permanently. Among his other troubling statements from the trial: “She hasn’t explained why she allowed the sex to happen if she didn’t want it.” He wondered aloud why the woman didn’t just fend off her attacker and repeatedly called her “the accused.” Camp says that was a slip of the tongue, but given his comments, perhaps he did believe that she was on trial, too.

Camp is very, very sorry for all of this now — he’s publicly apologized three times (in November and December last year, and again last week) and wants Canada to know he is a changed man. Colleagues have written him letters of support, and a mentor who counselled him following his suspension says he isn’t a misogynist or a racist, he just didn’t know any better. Camp admitted he was unfamiliar with sexual assault law in Canada because he was educated in South Africa, but hasn’t explained why he didn’t then familiarize himself by attending courses on sexual assault trials, speaking to legal experts on the subject, or simply reading the sections on sexual assault in the manual given to every single judge in Canada.

Frank Addario, Camp’s lawyer, blames Canada’s legal system for his client’s ignorance and biased behaviour. Addario cited 21 other judges who demonstrated “bigotry or antipathy.” If they can keep their jobs, Addario argued, why should Camp lose his? He added that removing Camp from the bench would send “the wrong message” because the judge is not alone in having a “knowledge deficit” around the issue of sexual assault: “The social problem is ubiquitous. The effect on the judiciary of the social problem is likewise widespread.”

Addario is right on the last point, at least. The justice system is rife with problems when it comes to cases of violence against women. Camp was appointed to the federal court in 2015, alongside 44 others, by Conservative Justice Minister Peter MacKay in a last-ditch, pre-election flurry. The vetting was so lax that his behaviour at the 2014 rape trial was overlooked. As a Global News investigation reported, Canada’s federal judicial appointment process has been ranked among the worst in the world when it comes to transparency and fairness, resulting in an untrained and ill-prepared judge like Camp getting promoted.

Camp isn’t alone in allowing and perpetuating myths about rape, and racist and sexist stereotypes, in his courtroom. Last year, an Alberta jury found Bradley Barton not guilty of the murder of Cindy Gladue, who had bled to death in a bathtub from an 11-centimetre injury to her vagina. During Barton’s trial, Judge Robert Graesser allowed lawyers to refer to Gladue as “the Native woman,” and “the Native girl” (she was 36). Gladue, who was a sex worker, had spent two nights with Barton, and Graesser instructed the jury that Gladue’s consent to sex on the first night “could be used to support a finding of honest but mistaken belief in consent” on the second night. But the most macabre and dehumanizing aspect of the trial was that Graesser permitted pathologists to bring Gladue’s preserved pelvis into the court and project live images of her wounded vagina to the jury. It was the first time a Canadian judge has allowed human tissue to be brought into court as evidence. Concerns about Graesser’s conduct have led to an appeal.

Hearing these judges, it can feel that some judicial attitudes have changed very little in the last 20 years. In 1999, another Alberta judge, John McClung, acquitted Steve Ewanchuk — who had assaulted a 17-year-old girl during a job interview — saying the man’s behaviour was “far less criminal than hormonal.” McClung also said the victim, who was wearing a T-shirt and shorts, “did not present herself in a bonnet and crinolines” nor was she “lost on her way home from a nunnery.”

In a recent article in Canadian Lawyer, Elaine Craig, a professor at Dalhousie University’s Schulich School of Law, said that when it comes to sexual assault, “the laws are not the problem.” In fact, Canada’s sexual assault laws are pretty progressive. The main failing of the legal system, Craig says, is that “the subtext is still stereotypes about women.” Good laws, even great laws, aren’t enough, when judges either permit or display sexist bias in their courtrooms. And what’s more, victims understand this: an estimated 90 percent of sexual assaults never get reported to police. With judges like Graesser and Camp, why would any woman think she could find justice?

It took unfathomable courage for that young woman to come forward in 2014 and face her rapist in Robin Camp’s court. She was homeless and on drugs at the time of the assault, but between then and the trial she had put her life on track, had found a job and gotten clean. Then came Camp’s conduct in court, which she says, “made me hate myself and he made me feel like I should have done something. That I was some kind of slut.” She got high again soon after she gave her testimony and contemplated suicide.

Now facing his own panel of judges, Camp is asking for what he never once offered this young woman in his court: sympathy, dignity, respect and compassion. He’s appealing for mercy, but was merciless himself with the complainant. Camp’s lawyer Frank Addario is right on another point — the decision of the CJC panel to reinstate or remove Camp will most certainly send a message to judges about what they can and can’t get away with during sexual assault trials. The more pressing question is: what message will the decision send to sexual assault victims?

More:
Why we shouldn’t be so quick to praise weight loss
My concussion triggered a deep depression
How Ryerson University is creating a female-friendly bar