The politics of waxing 'down there'

Pubic hair has been public hair for a while now and on account of it many women are divided as to whether they’re going to stay in the dark furry ages of the past or pole-vault their privy parts into the porno-inspired hairlessness of the present era. 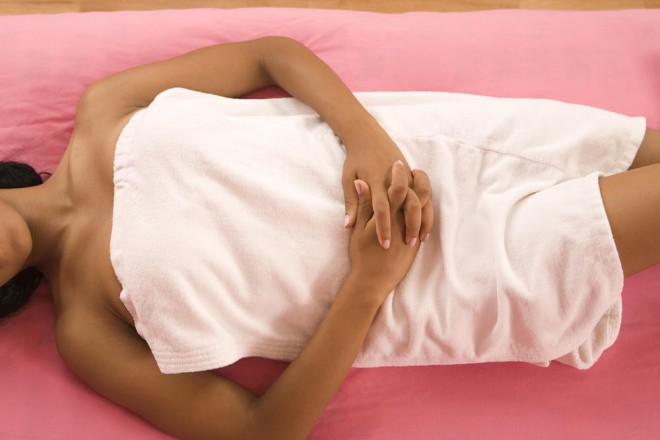 Pubic hair. You may have thought this was one thing on your body not subject to discussion and debate, kind of like your scaly elbow or the sweaty back of your knee. But while you’re a very sensible person in thinking so, you are also sadly wrong. Pubic hair has been public hair for a while now and on account of it many women are divided as to whether they’re going to stay in the dark furry ages of the past or pole-vault their privy parts into the porno-inspired hairlessness of the present era.

Dr. Who, may I borrow your time machine? I want to go back to a far simpler (and far less vulgar) age. To a day when you could have smuggled a head of broccoli in your granny panties without anyone speculating as to what existed south of the Mason-Dixon line.

Recently writer Eva Wiseman discussed the meaning of the extreme wax in a column for the Observer. She listed the increasing popularity of not just Brazilians, but of a wax called the Showgirl, in which women don’t just strip their tickle trunk they remove every hair on their bodies, except the ones on their heads, mercifully still considered “clean” environments despite the presence of all of that disgusting hair.

She argues that the ubiquitous marketing of these silly, extreme waxes is creating a situation in which a lot of women feel as if they’re not normal if they don’t comply with the new regulations. The pressure to conform is strong, and as a result, many women may be getting waxed because they don’t want to stand out.

Whether you choose to see the prepubescent look for adult women in political terms or not, one thing is clear, says Wiseman: “…we have begun to feel that body hair on a woman is wrong.”

If a Brazilian indicates a woman is “good at sex” than the Showgirl must imply she is sex. And for me, that reduction is probably the most convincing argument for growing not only a full flaming bush, but also a handlebar mustache and mutton chops.