The next big thing for smart phones, and why it hasn’t happened yet 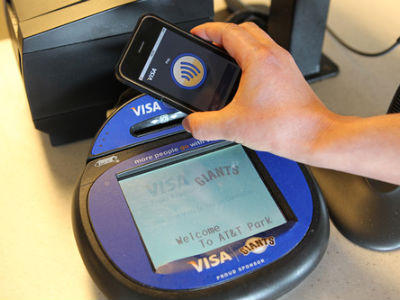 Your cellphone likely already doubles as your camera, GPS and a bazillion other things, and soon, it may also be your credit card. Many phones already have the technology to be “swiped” and then read in the same way as a credit or debit card, so why isn’t this system being implemented? Because right now, banks, mobile phone carriers, credit card issuers and tech companies are all battling to see who will collect the miniscule fees that are collected every time a card is swiped. These fees add up to tens of billions of dollars a year, and until the stakeholders have divided up the pot, we the consumers will have to be content with good old fashioned plastic.

Attention triple-toe-loop aficionados: yesterday, the International Skating Union announced that the figure skating world championships will be held in Moscow, Russia, from April 24 to May 1.  The championships were slated to be held in Tokyo next month, but was moved due to the earthquake and subsequent nuclear disaster.

We’ve ignored her for as long as we could, but now that the internet overfloweth with articles, parodies, critiques, and fan sites devoted to her, it’s time we reluctantly acknowledged the existence of Rebecca Black. The 13-year-old “singer” released the music video to her first single, Friday, and the song became an instant internet sensation, not because it’s good, but because it’s just so wonderfully, deliciously awful. The video now has more than 43 million views on YouTube, and Black recently appeared on Jay Leno to talk about how much everyone hates her music. Conan even performed his own parody tune, aptly named Thursday, and Lady Gaga has declared the song “genius.” Love her or hate her, Rebecca Black has proved herself annoyingly impossible to ignore.

Japanese scientists have successfully grown sperm cells outside of the body. Researchers extracted germ cells from the testes of newborn mice and were able to produce viable sperm, which when combined with eggs created healthy embryos. If the technique can be applied to humans, it could lead to new infertility treatments for men.

The Canadian Science Advisory Secretariat has released a study that recommends an experimental cull of 70 percent of grey seals in the Gulf of St. Lawrence, amounting to some 73,000 seals. Members of the Humane Society International are questioning the validity of the study, saying it is based on junk science and questionable political motives. The proposed cull would serve to replenish a dramatically depleted cod stock, but critics of the report say a cull could potentially damage the stock further.