The five unhealthiest cookbooks of 2010

The most fattening cookbooks of 2010; a face transplant recipient meets the donor’s family; what not to post on Facebook; why landlines are so last year; and President Obama cares about nursing mothers. 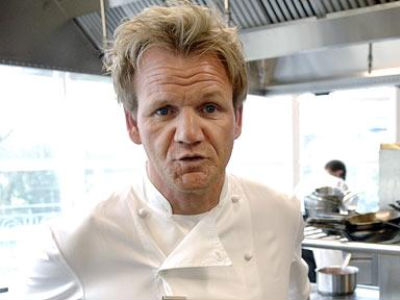 We count on our cookbook authors to be experts in flavour but also in health, so you can imagine our shock to learn that foul-mouthed celebrity chef Gordon Ramsay’s cookbook World Kitchen: Recipes from The F-Word was voted to be at the very bottom of the barrel in terms of health. The Physicians Committee for Responsible Medicine voted five cookbooks to be the worst of 2010 due to their fattening and unhealthy recipes, and Ramsay’s book took the top spot. An article in the New York Post cites Ramsay’s British Pheasant casserole as an example, which contains two birds, smoked bacon, butter, and double cream. Also on the list: Home Cooking with Trisha Yearwood, How to Cook Like a Top Chef, Barefoot Contessa: How Easy is That?, and The Primal Blueprint.

You may remember the incredible story of Connie Culp, who in 2008 became the first person to receive a full face transplant after being shot by her husband. She’s made a stunning recovery, but had never met the donor’s family, until now. After two years of remaining anonymous, the family of donor Anna Kasper came forward and agreed to meet with Culp. The meeting was, as you can imagine, a little tearful. Watch the amazing interview with Culp here.

Sharing your life with your friends on Facebook can be fun, but how much sharing is too much sharing? An article in Forbes lists the worst Facebook posting gaffes, and how to avoid them. Hint: don’t advertise vacation dates, don’t brag about new purchases and definitely don’t post your address.

In a first for any age group, more than half of all Americans aged 25-29 use exclusively cell phones and do not have a landline. The authors of a new study from the American Centre for Disease Control were surprised to find that young parents continue to rely exclusively on cellphones, despite transitioning from young single life to more structured family life and parenthood. The study also found that many houses that have a landline use it only to connect to the internet. In Canada, the shift has been slower, with 89 percent of households still using a landline.

Finally, President Obama is implementing an official policy on boobies. Sort of. The sitting American president has requested that federal personnel officials draft new guidelines to ensure nursing mothers will have “appropriate workplace accommodations” to feed their children. Our kudos to you, Mr. President.