The end of cheap food?

Global food prices hit a new peak; vintage reproductions are the new feminine chic; experts remind us not to slouch; journalists attacked in Cairo; and the ins and outs of sharing your money with your significant other. 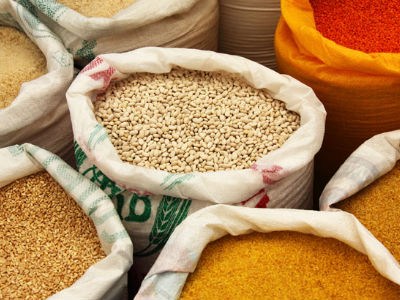 International food prices hit a record high in the month of January, and have been steadily increasing over the past seven months. Even when adjusted for inflation, January’s prices for basic foods like cereals, oilseeds, dairy, meat and sugar were the highest they’ve been since the UN Food and Agriculture Organization began keeping records. Experts predict high prices will cause civil unrest in the countries hardest hit, with food inflation among the catalysts behind the current turmoil in Egypt and Tunisia. China, India, Indonesia and Russia will be most strongly affected.

The popularity of Mad Men has brought vintage feminine fashion back into style, but ladies of our generation often have a hard time fitting into the teensy originals made for smaller ladies back in the ‘40s and ‘50s. Fortunately, vintage reproductions of classic styles have been filling that fashion void, and now stores and designers across the continent are jumping on the bandwagon. The New York Times has an excellent feature on the vintage reproduction trend, and even recommends a handful of faux vintage lines that will make even the most selective Bettie Page wannabe squeal with delight.

Sometimes at the end of a long day at the office, sliding down in your swively chair and having a good slouch just feels right. Now, a team of researchers wants to ruin that special moment for you with this irritating advice about slouching: don’t do it. Apparently, experts have found that the simple act of sitting or standing up straight creates an impression of control and power, while slouching makes you appear subordinate. So the next time you’re think of asking for that promotion, remember: shoulders back and chin up!

Do you have a separate bank account from your significant other, or do you pool your money?A recent article on Slate examines the statistics on “common potters,” “sometimes sharers,” and “independent operators.”  Apparently the longer you’ve been with someone, the more likely you are to share the wealth. The real deal breaker on whether or not you pool your money? Kids. Apparently most couples realize it’s just not worth the trouble to figure out whose turn it is to buy the pabulum.

Foreign journalists in Cairo have come under direct attack, as tensions between pro-democracy demonstrators and government supporters escalate. Anderson Cooper and his CNN News team were attacked and beaten, Katie Couric was forced to flee from an angry mob, and numerous foreign reporters have been detained by Egyptian officials, including two Canadian journalists from the Globe and Mail.