The Disney curse, mail bombs, and Happy Meals get sad

What is it about Disney that turns young, wholesome starlets into troubled tarts? Disney singing sensation Demi Lovato is the most recent in a long line of young ladies that went to work for the mega-brand as happy kids and ended up in rehab. 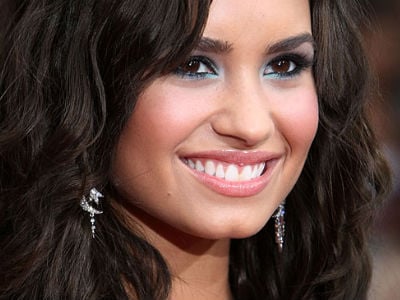 What is it about Disney that turns young, wholesome starlets into troubled tarts? Disney singing sensation Demi Lovato is the most recent in a long line of young ladies that went to work for the mega-brand as happy kids and ended up in rehab. Lovato has reportedly dropped out of the current Jonas Brothers tour and checked herself into rehab for “emotional and physical” issues. Lovato is not the first: Britney Spears and Lindsay Lohan both got their starts as Disney girls. Whether the problem is Disney or child stardom in general is hard to say, but one thing’s for certain: somehow the adoration of millions does nothing for a girl’s self esteem.

The Greek postal system ground to a halt yesterday as police scrambled to stop the delivery of mail bombs destined for numerous international leaders. Authorities have already charged two members of a Greek left-wing extremist group with terrorism and are currently searching for five other suspects. Known as the Conspiracy of the Cells of Fire, the group hopes the bombings will incite revolution in their home country. Greece began a 48-hour ban on outgoing deliveries abroad yesterday after a mail bomb reached the office of the German Chancellor.

The Republican party has ousted Nancy Pelosi, America’s first ever female Speaker of the House. The party that was humbled by the Democrats in 2008 also took control of the House of Representatives and made gains in the senate in Monday’s mid-term election. Though she leaves her post unpopular, Pelosi presided over a period of intense legislative progress and reform, including the Recovery Act, health care reform, student lending reform and financial reform, all in the face of a crippling economic downturn. Republican and House Minority Leader John A. Boehner will take over the post.

The famous McDonald’s Happy Meal got a little less cheerful in San Francisco yesterday, as the state’s Board of Supervisors announced a ban on serving toys with meals that don’t meet certain nutritional guidelines. The board says the measure will help prevent childhood obesity, while McDonald’s defends its right to entice kids to eat boatloads of fat and sodium with the promise of a shiny, Shrek-themed toy.

A new study has shown that working the night shift may be hazardous to your health. Researchers in British Columbia have published a report that finds Canadians who work at night are twice as likely to be injured on the job as those who work during the day. The risk is especially amplified among female workers, who are 2.29 times more likely to be injured if they work at night.