The Chatelaine Q&A: Lainey Gossip on caring for her mom

Celebrity gossip by day, caregiver to her mother much of the rest of the time, Lainey Lui opens up about the pressure — and the privilege — that comes with parenting a parent. 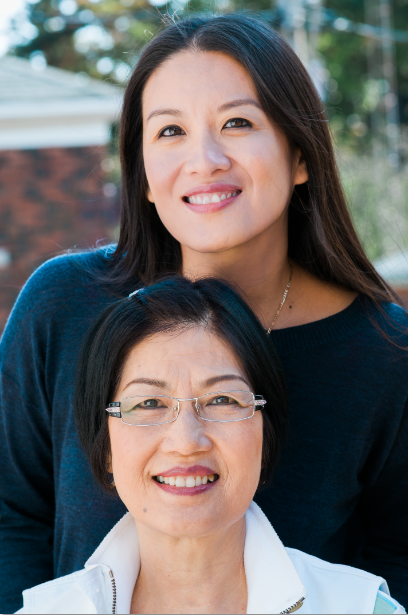 Most people are familiar with Elaine “Lainey” Lui’s four public roles: celebrity blogger, columnist, co-host of TV’s The Social and Etalk correspondent. But behind the scenes, Lui wears another hat, one shared by a great number of Canadians: family caregiver. When her 65-year-old mother, Judy Yeung, was diagnosed with POEMS Syndrome in 2011 (a rare blood disorder that causes nerve damage and affects other parts of the body), she felt it was a “daughter’s duty” to step in as a caregiver through intense treatment including a stem-cell transplant and chemotherapy. But when national healthcare provider Saint Elizabeth approached Lui to promote a new resource service, she realized she needed support too — and that it’s okay to ask for help. Called Elizz, this new resource (which launched this week) connects caregivers to services both for them and their loved one. Lui spoke to us about coming to terms with this new role, and how it’s changed her and her family.

Eight million Canadians play a caregiving role in their family — either looking after an aging parent or a loved one with long-term health needs. But it’s not a topic we hear a lot about. Why?

We don’t really talk about this kind of caregiving because it’s expected as a family responsibility to do these things. I stand by that 100 percent. I had never thought of myself as [“a caregiver”]. But I remember going through the Saint Elizabeth website after they approached me and thinking “holy shit, they’re right — I am a caregiver.” I felt really overwhelmed with that realization … but when you realize that ‘Hey, I am a caregiver,’ then you can go out and actually think proactively, and access resources to help yourself. The feedback has been amazing.

How did your life change when your mom fell ill?

At the time, I lived in Vancouver and she lived in Toronto. I already travelled a lot for my job and I started adding trips to Toronto on the weekends. I moved back to Toronto temporarily for the summer of 2011 to be with her at the hospital every day. I wasn’t seeing my husband very much. When I was in Vancouver, I’d talk to her for hours from her hospital bed every night because she was lonely, scared, and in pain. By day, I was giving all my attention to my career and my business and by night, my attention was taken away from my own family – my husband, my household, my friends, my dog. My mental energy was being expended on her.

What kind of emotions were you dealing with?

But you’re only one person.

I am one person and I don’t beat myself up for it. But you can’t help but feel those emotions in the moment.

Your book, Listen to the Squawking Chicken: When Mother Knows Best, What’s A Daughter to Do? A Memoir (Sort Of), is about your sometimes rocky relationship with your mom. How did that change when you became her caregiver?

My mother isn’t an easy person to begin with. So when she’s ill, she’s even more difficult. There’s a lot of exasperation, and then you begin to parent your parent. My mother doesn’t use the Internet. She can barely use a touch screen phone. Living in this world is scary enough for her. And then living in this world with an illness, it’s terrifying.

Is there something you’ve learned about yourself and about your mom having gone through this experience over the past four years?

I’m a pretty motivated person, so I keep a very tight schedule. When I became a caregiver, I really had to understand what living in a moment means, which is the most cliché thing. But when your mother can’t move her arms and legs and you have to feed her — literally lift a spoon and put it in her mouth, and you see in her eyes that she’s a little ashamed, a little bit disappointed in herself but also grateful, you want to stay in that moment. You don’t want to rush it.