Why the bacteria on your chicken may be antibiotic resistant; laughing gas during labour makes a comeback; liquid crystal glasses improve on the bifocal; Italian women protest the reign of Berlusconi; and the meaning of love, according to some adorable Canadian first graders. 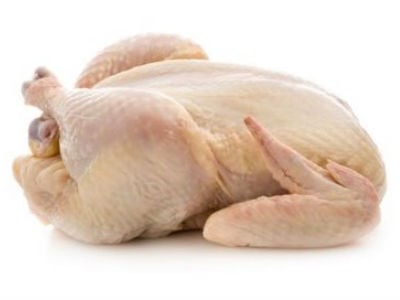 An investigation by the CBC program Marketplace has revealed that supermarket chicken may be frequently contaminated with antibiotic resistant bacteria. While store-bought raw chicken usually contains some bacteria, Marketplace found that two thirds of the 100 portions of chicken purchased for the investigation were contaminated with bacteria resistant to at least one form of antibiotic. Some of the bacteria they found was resistant to seven or even eight types of antibiotics. Experts say farmers are overusing antibiotics in chickenfeed, which promotes resistance to the drugs used to treat bacterial infections.

Apparently our lady friends south of the border would like a little giggle with their newborn baby. American doctors are reporting that women have been increasingly requesting laughing gas during labour. Nitrous oxide has always been available in Canada for women giving birth, but the practice fell out of favour in the United States a couple of decades ago. Now it’s making a comeback: select hospitals are again offering the service on request, and the federal government is currently reviewing the practice. Tee hee!
Do you wear bifocals or progressive lenses? A new product aims to correct the annoying blur between the portion of the lens used for distance and the portion for reading. EmPower lenses use liquid crystals that shift and change at the push of a button, turning the reading portion of the lenses on and off. The glasses currently cost around $1000, and so far they’re getting rave reviews – just don’t forget to recharge the batteries.
Thousands of Italian women took to the streets over the weekend to protest the alleged philandering and illegal sexual practices of their prime minister, Silvio Berlusconi. Berlusconi has been accused of paying to have sex with a 17-year-old Moroccan nightclub dancer, along with various other women. While prostitution is not illegal in Italy, having sex with a minor is. Women turned out across the country in the hundreds of thousands to protest their prime minister’s actions, which they consider to be an affront to their gender, not to mention against the law.
It’s Valentine’s Day, and who better to wax poetic about the meaning of love than a bunch of first graders. The Toronto Star asked a class of grade one students to describe the meaning of that most complicated, fickle and glorious of emotions. According to the youngsters, love means “you share your foods,” “kissing people,” “giving valentines cards,” and “respect.” We hope these are all elements of your very own Valentine’s Day, with whomever you may share it.
FILED UNDER: bacteria birth chatelaine-daily Chicken Flannery Dean love pregnancy