7 July, 2011, marked the end of Canada's combat mission in Afghanistan. It's hard to believe that so much time has passed and so many lives have been lost. I can't help but be reflective on those lives lost, but also, how much we have contributed to the war. 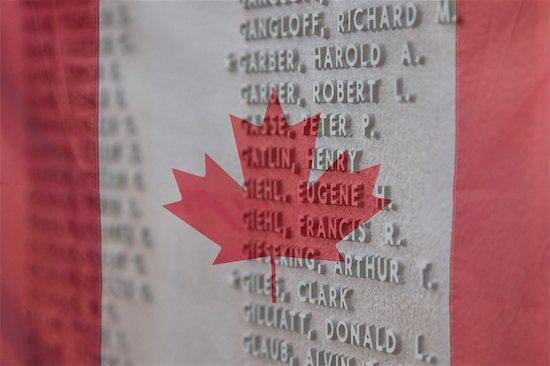 We all remember where we were when the towers were attacked on 11 September, 2001, don’t we? I was sitting in my grade twelve English classroom, watching in horror as the thousands of people suffered. I applied to join the military just a few months later, and at that time, Canada was engaged in full on war in Afghanistan. I’d like to think that I knew what I was getting into, but that would almost be a lie. None of us who sign on that dotted line know what it will all really turn out to be, we just know that we want to help. I look back now and I know that we have helped.

I’d like to say, just to start here, that Canadian troops will continue to be present in Afghanistan, just not in a combat role. I think that this is important to mention. They will continue to support the effort for a stable and healthy Afghanistan, that hopefully, will one day, be free of terror. Our country’s commitment is not over.

As a spouse of one soldier, and a friend of many others, I am proud of what we have done in roughly nine years in Afghanistan. I know that what Mark focuses on, when he comes home from another deployment, looking tired and wan, is that new schools were built. That women were getting an education. Roads had been built and not bombed. Government was running. A heightened sense of safety had been created for the citizens of Afghanistan.

In those long, nine years, we have lost four civilians, and 157 Canadian soldiers. I think of all the people who loved each and every one of those 157 human beings and how to this day, and for the rest of their lives, they will continue to mourn. I know that many families of fallen soldiers have travelled to Afghanistan, through trips arranged by the military. Reasons for these trips vary greatly. Sometimes, family members go for closure, sometimes to be in the place that their husband or wife or child spent their last days, and sometimes, they travel for the peace of mind to know that their soldier did not die in vain. I hope that the trips to Afghanistan have confirmed that for them, although I’m sure it doesn’t lessen the pain.

I am not all knowing about the war, or about all that has gone on there, and I certainly don’t pretend to be. As a soldier, I know we have done good in Afghanistan and have helped to bring hope to a country that deserves it, now, more than ever. Canada is a small country, with a small military, and we have given as much as anyone could ever dream of doing. I hope that in another nine years, we will all look back with happiness, because Afghanistan will have peace. I dream of this, because I know that every soldier who gave their life, gave it because they hoped it might be possible.