Big budget commercials will have you laughing (and cringing); Telus will unlock your phone for $50; a service that writes your online dating profile for you; babies fed solid food before four months are more likely to be obese; and we’re one step closer to a universal flu vaccine. 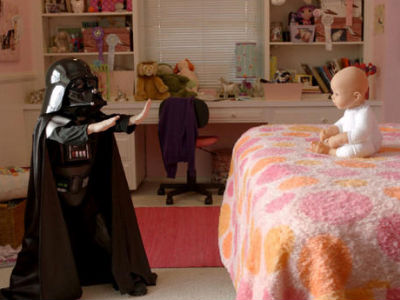 For all the ladies out there who could care less about football but can appreciate the small-screen spectacles that are the Super Bowl ads, Slate has compiled this handy and highly amusing list. It includes brief reviews of the best and worst ads from this past Sunday complete with links, so you can easily peruse the 30 second spots that ate up many a major corporation’s advertising budget this year.

The Canadian cellphone provider Telus has announced it will offer an unlocking service on its phones for a $50 fee, starting February 15. Unlocking allows customers to use the phones on a different carrier. Telus is likely offering the service to remain competitive: Koodo, Rogers and Fido already unlock their phones for the same $50 fee. Some are taking it as a sign that the Canadian cellphone market may be opening up. A few years ago Telus, Bell and Rogers were the only major competitors, but newcomers Wind Mobile and Mobilicity are forcing companies to offer more to their customers, like this new unlocking service.

Too busy not having a boyfriend to write your own online dating profile? The service ProfileWiz is here to help. By answering 22 simple questions, the site will create a chirpy customized written profile that will apparently adequately inform the dating community about just exactly who you are. We’re all for time savers, but getting a computer to express your personality to a potential mate is taking things one techy step too far.

A new study suggests that babies who start solid food before the age of four months are more likely to become obese. These findings were specific to babies who were formula fed: the likelihood of obesity later in life in breastfed babies was not affected by when they began eating solid foods. The findings support existing guidelines stating that parents should refrain from feeding their babies solid foods until they are at least four to six months old.

Goodbye, flu season! We’re one step closer to a universal flu vaccine. Researchers in Britain say they have successfully tested a new vaccine on humans that will work against numerous strains of the flu, as opposed to just a single strain, as is currently the case. The test group was small, so many experts are reserving their judgment until a larger study is conducted, but most are cautiously hopeful.