The 5 most romantic moments in Garry Marshall's movies

The veteran director, who died yesterday at the age of 81, had an uncanny gift for the sweet stuff. 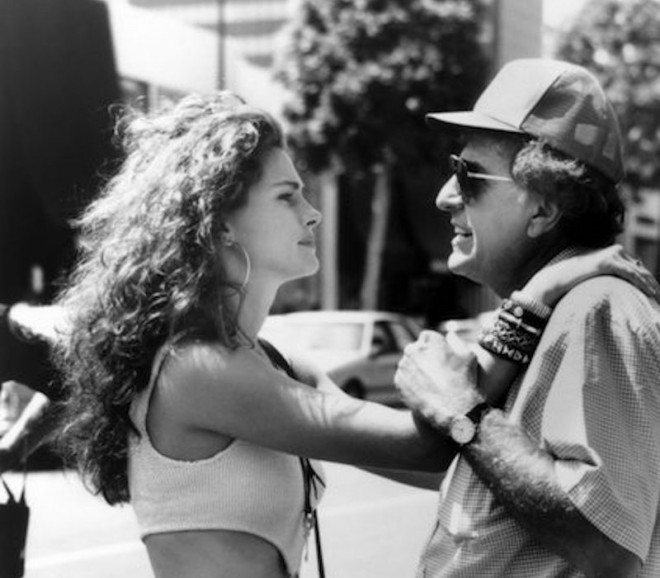 For a woman who is very, very cynical about many, many aspects of modern romance — Tinder, polyamory, canned wine — I am also an unrepentant rom-com junkie. Just put on My Best Friend’s Wedding, leave some Smartfood — and then the room. Of course, it’s so much cooler to maintain a blasé exterior, but the reality is many of us have pulsating, profoundly sappy centres. Garry Marshall knew this; that’s why his movies, many of them standouts in the romantic genre, were box-office gold. Marshall started out in TV, directing classics like Happy Days and Mork & Mindy, but Runaway Bride? Pretty Woman? He directed those, too. (And New Year’s Eve and The Princess Diaries 2: Royal Engagement, but we’ll just put those aside for now.) As a tribute to his undeniable gift for reducing us to crying blobs, here are our favourite fairy-tale moments from Marshall’s films.

5. Runaway Bride: When the audience is made to think the bride (Julia Roberts) has run away again — but she hasn’t!

4. The Other Sister: When Danny surprises Carla by crashing her sister’s wedding and asking him to marry her (as an homage to The Graduate, their favourite movie).

3. Overboard: When Kurt Russell and Goldie Hawn do anything at all, because they’re so cute and also married in real life.

2. Pretty Woman: When Edward stares lovingly at Vivian’s tearful face as she is overcome with emotion during her first trip to the opera, a showing of La Traviata. (Ed. note: It’s a three-act story about a sex worker who dies of TB, but still.)

1. Pretty Woman again: When Edward rolls up in a white limo and bravely scales a rickety fire escape — despite his admitted fear of heights — to proclaim his love for Vivian, who “rescues him right back.”