Eight things to know about Tegan and Sara

Identical twins Tegan and Sara Quin have been hot on the indie music scene for over a decade, but their new album's dance anthems -- and a tour with The Killers -- put them on everyone's radar. We got the inside scoop. 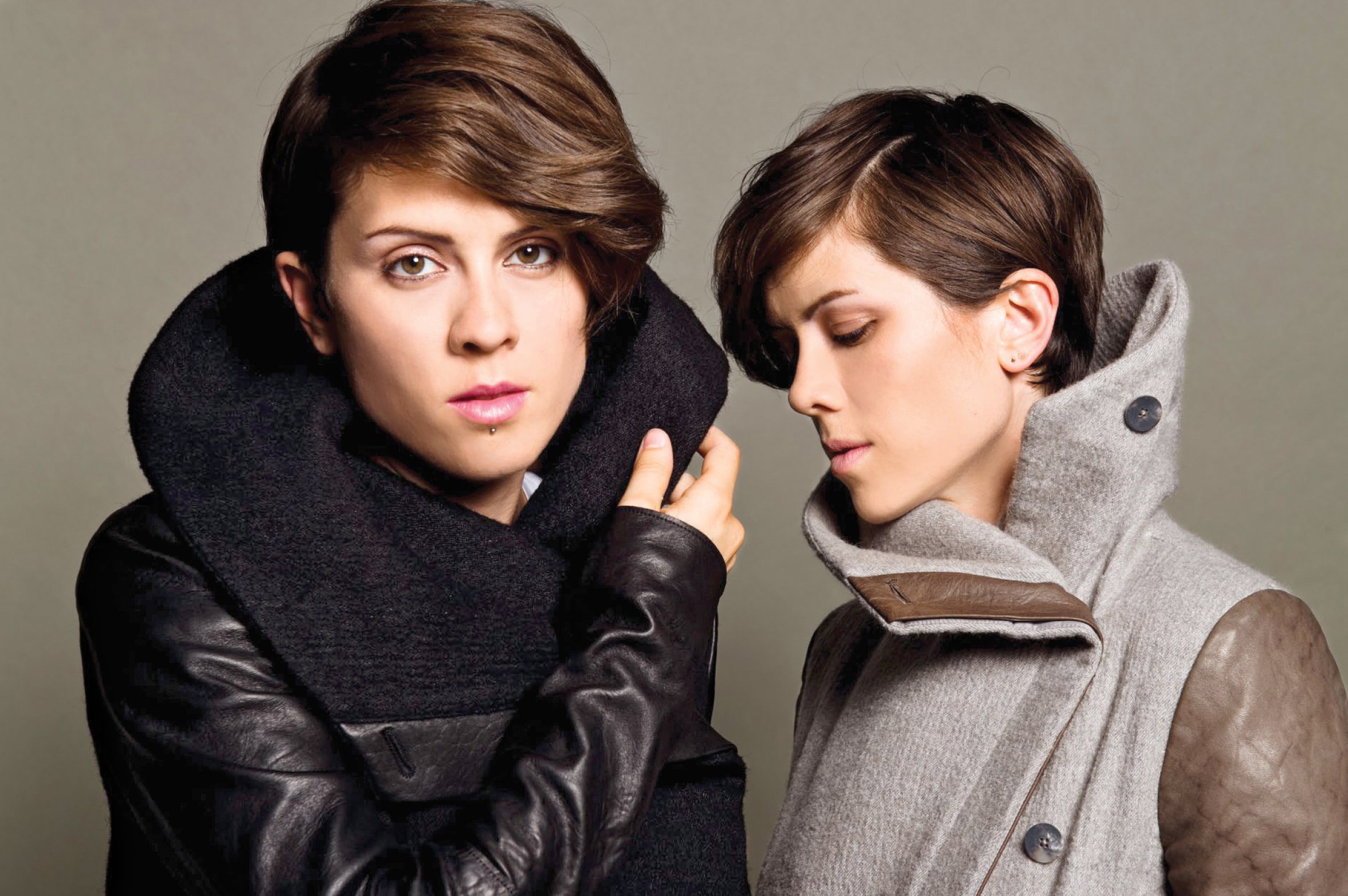 Sara: “In the beginning we were flying by the seat of our pants. We just wanted to write and tour. We’d throw the guitars on the back of a rental car and stay in shitty hotels, calling our agents each day to book gigs along the way.”

Tegan: “It’s really exciting when an alternative band like us cracks into the mainstream. It helps broaden the musical diet. We never felt disgruntled about being underground. We were exploring ourselves and not paying attention to what was cool. Then we began to focus on the music we grew up listening to in the ’80s, and this record is what came out.”

Tegan: “Even before people knew us as Tegan and Sara, we were stared at and studied. We’ve been different our whole lives. It started with being twins and then being gay and then being musicians, so we’ve had 32 years of dealing with being fringe people.”

4. On being West coasters

Tegan: “We wouldn’t be the band we are if we weren’t from Canada. It’s kept us very grounded. I love being able to spend time in B.C. between tours.”

Sara: “I didn’t feel heartbroken when I was writing this album. There was no drama in my life, and I thought, ‘Oh God, I have writer’s block!’ But actually the songs were easier to write, because I was in a healthy space and wasn’t writing out of necessity, but for the pure love of it. I found I could easily tap into the bruised part of me for lyrical inspiration.”

Sara: “Sometimes we’re on the road for 200 days, but we invite friends and family out to join us. Romantic relationships are harder; they need more day-to-day contact, so thank God for Skype and cellphones. It’s not very romantic, but you have to set up a schedule to remain connected and intimate with each other.”

Tegan: “It’s a romantic but liberated look at love. We’re juxtaposing the pop sound with our deepest and most emotional work. I’m fascinated to see how people respond.”

Sara: “Working with different artists who have different esthetics influenced us. People like [international electronic-dance DJs] Tiësto, London, David Guetta and Justice. It’s inspiring that they write entirely different music, but the meat and potatoes are the same. You want lyrics that people connect to and melodies that knock them off their feet.”

8. On working with a sister

Tegan: “We both strive for more, have very high standards and want to impress each other. That keeps us fresh and exciting and constantly evolving.”

Tegan and Sara by the numbers:

4 = Age when their parents split

8 = Minutes Tegan is older than Sara

15 = Age when they started writing and playing music

19 = Age when they signed with Neil Young’s Vagpor Records